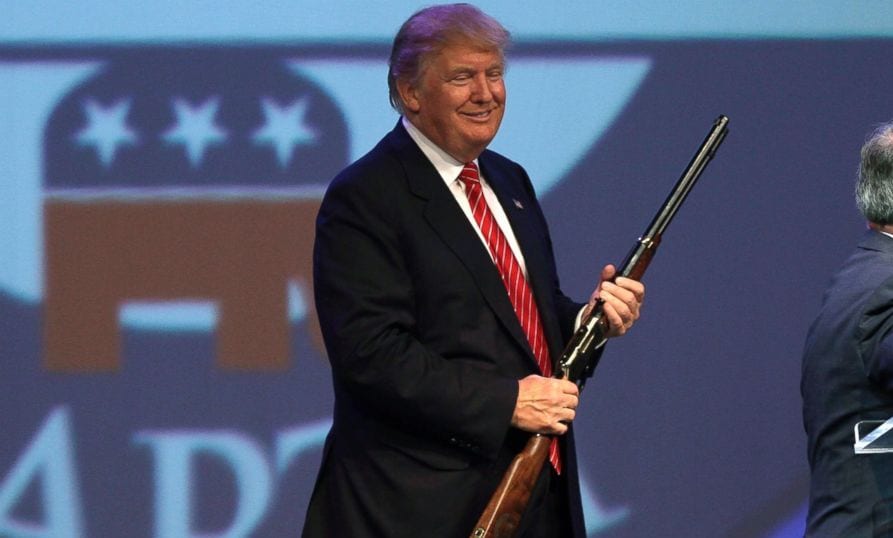 I wonder at the sanity of some members of America’s gun lobby who keep quoting the US Constitution’s second amendment on the right to bear arms, ad nauseam.

When the amendment was ratified in 1791 Americans were celebrating repelling the English by using guns and other weapons. So the amendment was originally drawn up to give citizens the right to fight back against tyranny or even a tyrannical federal government.

Of course back then if you wanted to bear arms and shoot someone it would take anything between 30 seconds to a full minute to load a musket, take aim and fire. Then the flintlock revolution enabled your average soldier to fire off three times a minute.

In today’s world of guns an automatic weapon like the AR-15 can fire off 400 rounds per minute and I am sure the founding fathers would keel over at the thought of such arms being readily available for any John or Jane Doe to buy at their local gun store.

But in the testosterone-filled planet inhabited by the all-powerful US National Rifle Association that seems to be pretty reasonable whereas the rest of us law-abiding citizens living outside the US think it’s quite insane.

And US President Donald Trump doesn’t really help. Only this weekend he announced he’s pulling the US from the international Arms Trade Treaty, an agreement, signed by Barack Obama in 2013, which was designed to regulate the sale of weapons between countries.

The nut jobs at the NRA have told Trump the treaty amounts to international gun control, and is a threat to America’s second amendment right to bear arms.

Speaking at the lobbying group’s annual meeting, Trump said he would ask the US Senate not to ratify the pact. it seems when the NRA tells Trump to jump he replied: “How high?”

American weapon sales are huge and the US is the world’s largest arms exporter. Its weapons sales alone are nearly 60 per cent higher than its closest rival, Russia.

To predictable cheers among the Trump faithful at a rally in Indianapolis the US President announced: “We’re taking our signature back” as he explained that the United Nations would soon receive formal notice of the US’s withdrawal from the Arms Trade Treaty (ATT).

This is not a blow for freedom-loving people but just another sign of a more dangerous world advancing into the 21st century under a loose cannon like Trump!