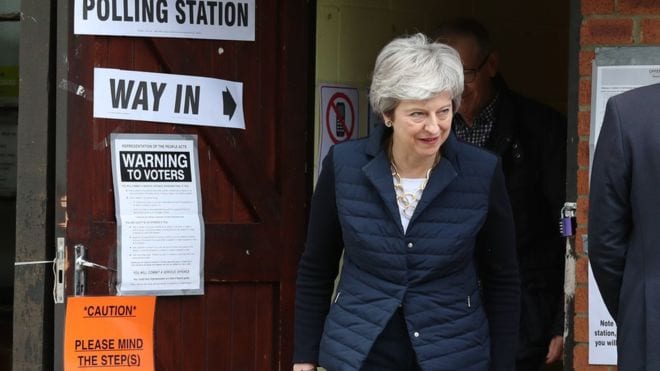 Britain’s two biggest parties Conservative and Labour, suffered big losses in Thursday’s local elections in England and Northern Ireland, according to partial results from the BBC.

A BBC tally showed on Friday morning, the Conservative party had lost 500 councillors, while the Labour Party had lost 77.

Anger over Brexit appears to be influencing voters, say experts and the turnout and exit polls suggest that voters registered there disappointment and disapproval of there stance on Brexit by the voting for ‘someone else’.

Some Labour MP’s have suggested local councillors have suffered major losses because of there stance on a second referendum.

The biggest winners were the Liberal Democrats who had gained 249 councillors at the time of writing. Independent candidates gained 188 councillors and the Greens won 34 seats.

Paul Scully, the Conservative Party’s vice-chairman for London, denies that the local elections are a verdict on Brexit and voters registered a “protest vote” and blamed the loss of hundreds of “hard-working” Tory councillors on Westminster, where there are too many politicians “who are just interested in theory rather than pragmatism and what’s best for the country”.

John Curtice, a British poll expert told the BBC: “We knew that voters were unhappy with the way that the Conservatives had handled Brexit but looks as though they are also unhappy with Labour’s response to the government’s position on Brexit.”

“The hold of the Conservative and Labour parties on the British electorate is frankly looking now as weak as it has done at any point in post-war British politics,” he added.

Conservative councillors have criticised Theresa May after losing hundreds of seats in the local elections.

A council leader who lost his majority said the prime minister should “consider her position” and others said they made gains “despite” the government.

The Conservatives and Labour lost out to smaller parties and independents and there are reports of spoilt ballots referring to Brexit in some areas.

More than 8,000 seats on English councils — the administrative body in charge of daily decisions on local policy — are available, while 462 are up for grabs in Northern Ireland.

No local elections are being held in Scotland and Wales and the full results will be available on Friday evening.