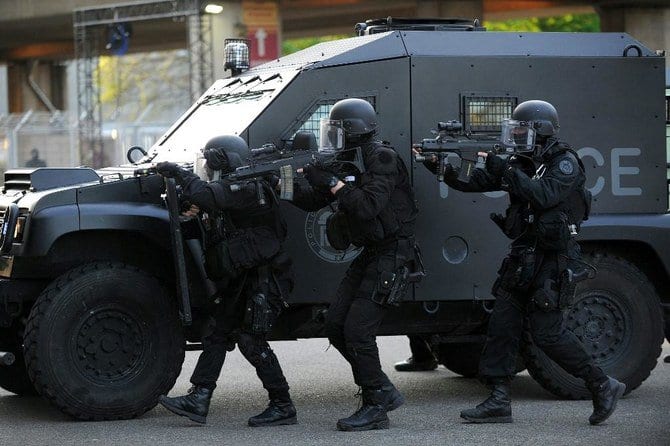 “We had sufficient evidence to lead us to believe that a major attack was being planned,”

French police have foiled a terrorist plot and have detained four suspects in custody, said the French interior minister and a police source on Monday.

The police source said the four suspects had been arrested on suspicion of acquiring weapons “with a view to committing a terrorist act.”

“We had sufficient evidence to lead us to believe that a major attack was being planned,” Interior Minister Christophe Castaner also told reporters on Monday.

They were arrested on Friday as part of an investigation into a terrorist conspiracy that opened on February 1, which is being handled by France’s General Directorate for Internal Security.

France has had several incidents of terror but has also suffered from Yellow Vest protests that have ripped through the country’s major cities, destroying many parts of central Paris and Bordeaux.

France has an established far-right movement that uses the democratic landscape within the country and EU to incite and target ethnic communities.

This initiative was led by French President Emmanuel Macron said that he plans to “set down markers on the entire way in which Islam is organized in France,”

Last year a row erupted over the French national team, dominated by ‘immigrants’ as labelled by the far-right, and the victory was marred by the duplicitous double standards which divide French society. With some footballers claiming, they are French when they win but immigrants when they lose.