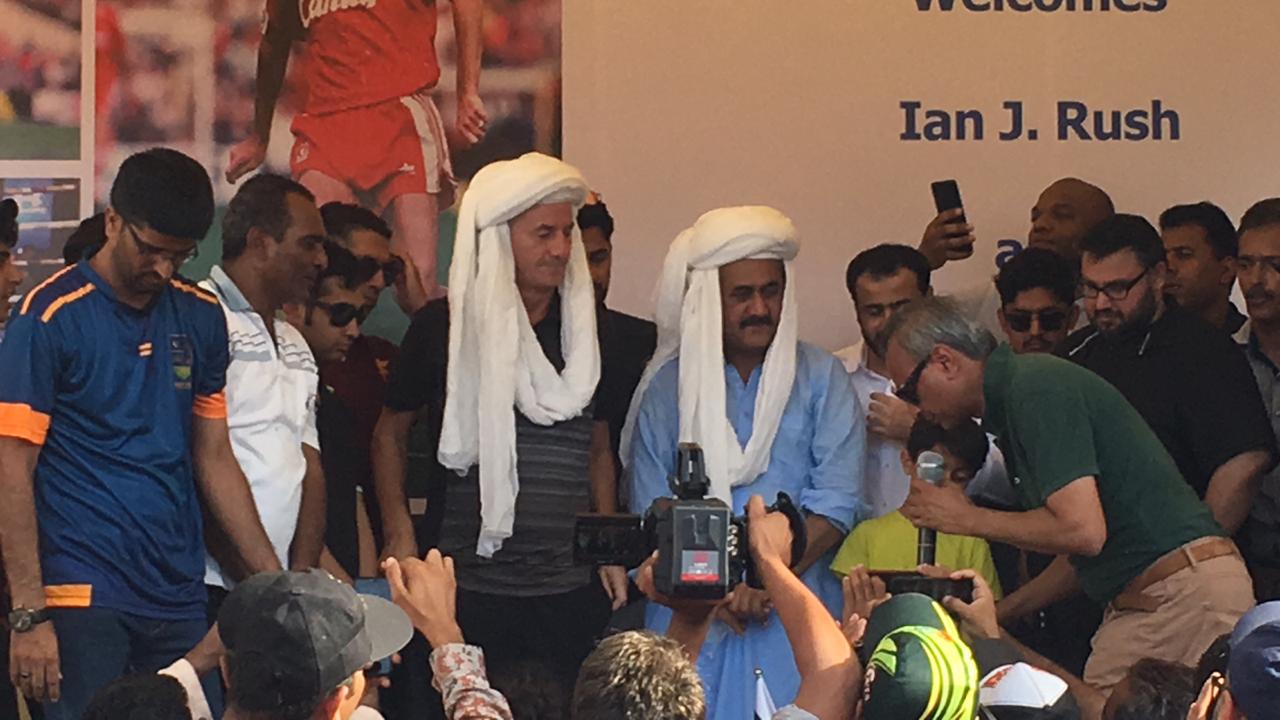 Aspiring footballers were left speechless on Tuesday when for the first time a top-level foreign footballer, Ian Rush, visited the football-mad locality of Karachi.

The former Liverpool FC star visited the Captain Emad Football Academy, meeting its players and offering them hope of a better footballing future in the country.

“If we want to develop football, we need to coach the coaches and that’s what we will hope to do,” said Rush, whose visit is expected to establishing the Ian Rush Foundation in the country.

“It’s good to see kids showing interest in football because this is the age where you can start learning,” he told the gathering.

Hundreds of youngsters were on the ground to witness Rush’s visit, with the Liverpool legend shaking hands and giving hi-fives as he made his way to the academy.

The players were equally excited to see a top-level footballer among themselves.