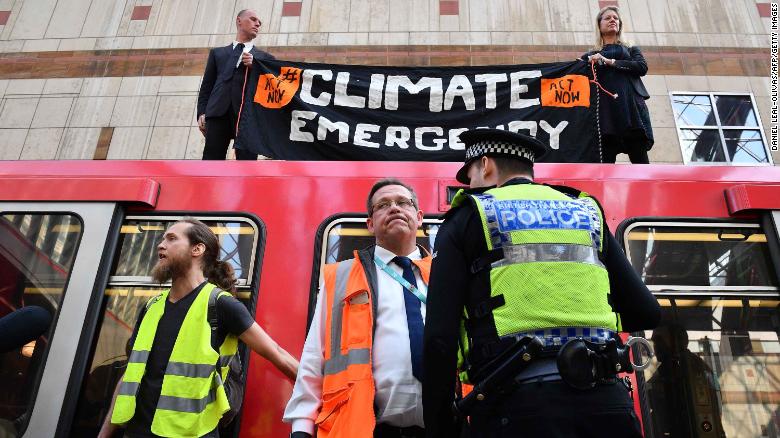 Planet in crisis but who really cares?

I was in London the other day and saw firsthand the chaos and mayhem caused by the eco-warriors Extinction Rebellion in the heart of the English capital.

My taxi fare was almost double as these environmentalist activists blocked streets as they sought to highlight the dangers of climate change and the public’s apparent disinterest in such matters.

The Black Cab driver was venting his spleen and apologising but, in truth, I think the protestors deserve gongs for what they are doing.

These weren’t the usual anarchy-driven rent-a-mobs who will wave a placard for a cause. The protestors were largely young but there were middle-aged parents too, including many virgin protestors who are deeply concerned about what sort of legacy they are leaving the next generations.

I was half tempted to join in had I not got a pressing engagement while I was there.

So far more than 960 people have been arrested and 42 of those have now been charged with public order offences.

I hope when they stand before the magistrates that they are commended rather than condemned.

Perhaps magistrates should sit down and watch Sir David Attenborough’s latest documentary on climate change which has received critical acclaim.

The 92-year-old says global warming is the “greatest threat” to our planet. Maybe defence lawyers should call him to give evidence after ensuring their clients plead not guilty.

If there’s crowdfunding for their legal fees I will certainly contribute.

My message to Extinction Rebellion is “keep up the good work”!