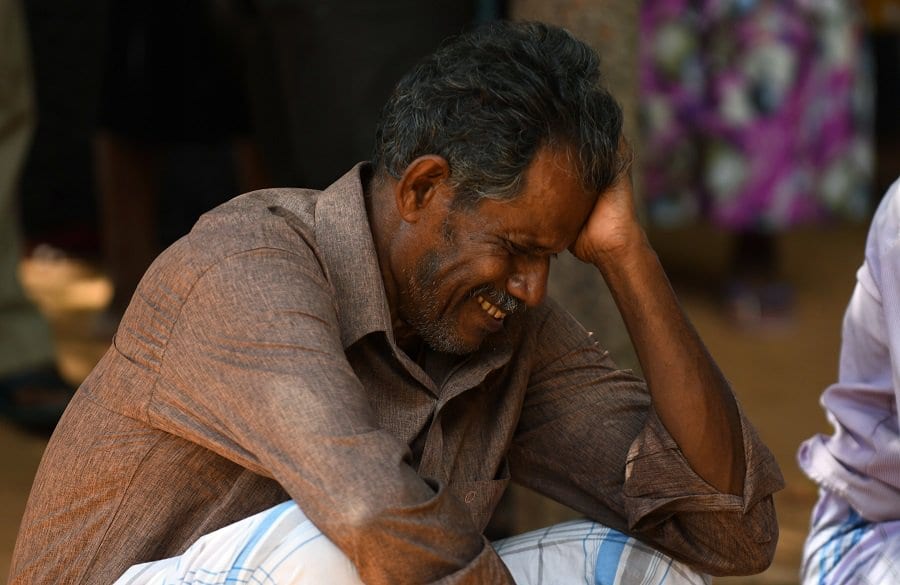 A “homemade” pipe bomb had been found late Sunday on a road leading towards the main terminal, which remains open with heavy security after Easter Sunday’s deadly bomb attacks.

“It was a homemade bomb, with explosives put into a pipe,” said the police source.

The string of assaults rocked the capital of Colombo and Batticaloa in Sri Lanka’s Eastern Province.

Tonight, from 12:00 am, I will turn my lights off to pay tribute to the victims of the Sri Lanka attacks🇱🇰 #SriLanka pic.twitter.com/a3tv8b58wn

The wounded from the blast are being treated at multiple hospitals around Sri Lanks and an estimated 60 casualties, out of the 500 injured are in critical condition.

35 foreigners were among the dead and hospital sources said foreign casualties include British, Dutch and American citizens. It is estimated that a further 50 foreign nationals are injured and being treated in hospital.

There were disruptions to flights, but Sri Lanka’s national carrier Sri Lankan has already asked leaving passengers to report to check-in counters at least four hours prior to departure because of tight security checks at the Bandaranaike International airport.

Officials say 24 people have been arrested in connection with the attacks.