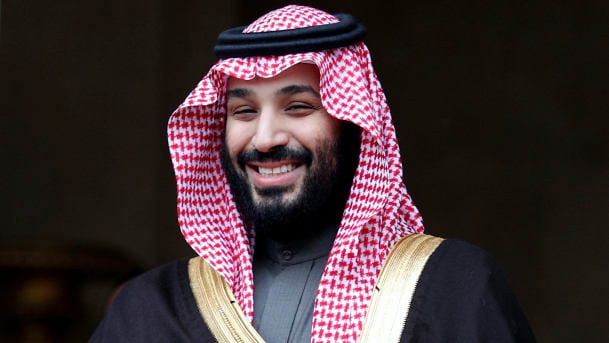 MBS gets a special humanitarian award from Pakistan

A special humanitarian achievement in return for a bailout?

The designation was awarded by the All Pakistan Ulema Council (PUC) in a ceremony held in Islamabad on Sunday. President Dr Arif Alvi handed the certificate to Nawaf bin Said Al-Malki, Saudi Arabia’s ambassador to Pakistan.

Crown Prince Mohammed bin Salman was recognised for his efforts in supporting Islam and taking care of the Two Holy Mosques, in addition to championing key humanitarian issues including Palestine, Yemen, Syria and the protection of Muslim minorities.

Critics and humanitarian activists have immediately lashed out to the Crown Prince MBS had a direct link to the Khashoggi murder and the suffocating regime and oppression of the Yemeni Nation, an ongoing conflict that has seen many violations of human rights and induced a famine across Yemen.

The ceremony was held in the presence of the Imam of Makkah’s Mosque, Dr Sheikh Abdullah Awad Al-Juhani where he urged Muslims around the world to demonstrate unity and overcome the challenges like terrorism and extremism.

“As long as Muslims are united, no force in the world can defeat them,” he said at the 4th Paigham-e-Islam conference in the capital that was attended by hundreds of delegates, Arab News reported.

Saudi Arabia recently presented a multi-billion dollar bailout package for the country and only last week Saudi Aramco, the biggest oil company in the world, has set up an oil drilling operation in Pakistan to boost the economy and dig for oil reserves found in the country.

Al-Juhani said he brought good wishes from the Saudi government and MBS. “Pakistan is an important country in the Muslim world, and we hold her in high esteem,” he said. “Saudi Arabia is a peace-loving country and has always played a positive role in mitigating the sufferings of Muslims across the globe.”

President Alvi said Pakistan had defeated terrorism through sacrifice. “The whole world now recognises the sacrifices rendered by our armed forces in the war against terror,” he said, adding that more than 70,000 Pakistanis had laid down their lives to protect their country and to root out terrorism.

The Saudi envoy said his government had remained at the forefront of “serving Muslims” across the world.

“All Muslims are like one body, and we feel their pain and suffering irrespective of regional boundaries,” Al-Malki said.

Sheikh Abdullah Awad Al-Juhani delivered a sermon at the Faisal Mosque in Islamabad on Friday, which was attended by more than 50,000 worshippers and was part of Al-Juhani’s visit to Pakistan to participate as a guest of honour in the Fourth International Message of Islam Conference, to be held in Islamabad on Sunday.

MBS gets a special humanitarian award from Pakistan