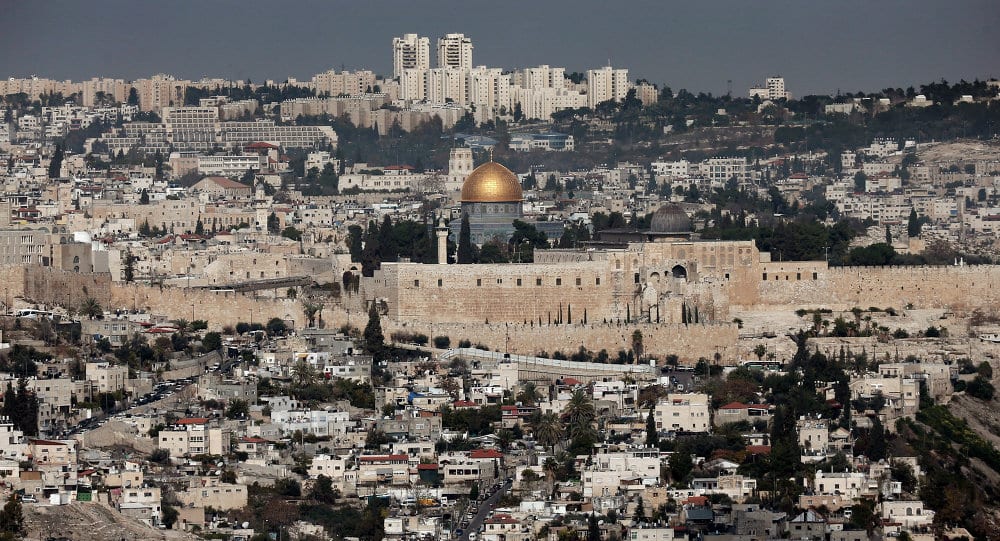 Breaking News: Masjid AL-AQSA is on FIRE at the same time as Notre Dame Cathedral in France

A fire broke out in al-Aqsa mosque in Jerusalem, the third-holiest site in Islam. It was reported the Masjid Al Aqsa fire broke out on Monday morning. However, the blaze didn’t cause significant damage, but it did endanger a part of the worship site. The affected area is of significant historical importance that is over 2,000 years old.

Footage showing smoke and fire emerging from the roof of a structure known as the Marwani Prayer Room, or Solomon’s Stables, could be seen on social media. the importance of Masjid AL Aqsa is significant to both Muslims and Jews.

The Palestine News Agency, the official outlet of the Palestinian National Authority, cited a guard as saying that “the fire broke out in the guard’s room outside the roof of the Marwani Prayer Room, and the fire brigade of the Islamic Waqf handled the matter successfully.”

Notre Dame de Paris wasn’t the only place of worship that caught fire Monday. Part of the Haram al-Sharif, the huge historical Masjid, which is located in Jerusalem and is pivotal to both religions of Islam and Judaism was also on fire.

News of the incident at the Al-Aqsa Mosque, the third holiest site in Islam and central to the ongoing Palestinian-Israeli conflict, was largely overshadowed by a much larger blaze engulfing the Notre Dame Cathedral at the same time.

The Waqf department praised the responsiveness of staff firefighters, who quickly put out the blaze. According to reports from Al Aqsa, the fire was started by children playing around the Mosque. Notwithstanding the incident has prompted the authorities to release a statement. It urged worshipers “who live around the mosque and in the Old City to educate their children not to tamper with fire, especially inside al-Aqsa mosque” by Al Waqf agency.

Israeli police told al-Araby they were concerned with the incident and were opening an investigation into the incident. On one hand, Israel has governed the entire city since 1967 when it seized the territory from Jordan in the 6-day war in the Arab-Israeli War. But the entire Middle East region stakes an interest or claim to the Mosque.

The Palestine News Agency; in WTX Al Aqsa mosque News edition, reported that Palestinian President Mahmoud Abbas‘ office “expressed its deep regret Monday over the fire that broke out at the historic Notre Dame Cathedral in the centre of the French capital of Paris, which caused the collapse of the cathedral tower.”

“The Presidency confirmed its solidarity and sympathy with our friends in France over this incident,” the outlet added.

The Marwani Prayer Room is located underneath the southeastern corner of the Temple Mount, known to Muslims as Haram al-Sharif. The Haram al-Sharif is where the Dome of the Rock and Al-Aqsa Mosque located and that is where Masjid Al Aqsa fire broke out.

Sheikh Azzam al-Khatib, director-general of the Jerusalem Waqf and Al-Aqsa Mosque Affairs Department, told Jordan’s Al-Mamlaka TV that the fire broke out in the courtyard and preliminary information suggested that it may have been caused by children tampering in the area.

My Tweets
We use cookies to help identify your computer so we can tailor your user experience, track shopping basket contents and remember where you are in the order process. WTX News Our Cookie Policy
Breaking News: 2 women, 2 men killed in a Canadian city shooting
MBS gets a special humanitarian award from Pakistan
To Top
Weekly Community