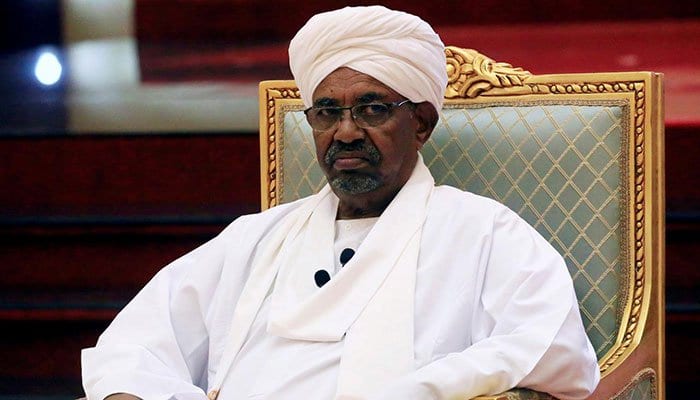 Veteran Sudanese president Omar al-Bashir was ousted by the army on Thursday, brought down by months of anti-government protests against his three decades of rule.

Defence Minister Awad Ibnouf said in a sombre televised address “I announce as minister of defence the toppling of the regime and detaining its chief in a secure place,”

The veteran leader, who came into power in 1989 following a coup, and has been one of Africa’s longest serving presidents. He is wanted on charges of genocide and war crimes by the International Criminal Court.

Since the television address, by the Defence Minister, huge crowds of jubilant Sudanese had begun celebrating across the capital Khartoum.

Chanting “the regime has fallen,” thousands poured into the open ground outside army headquarters where defiant protesters have braved tear gas to keep up an unprecedented sit-in now in its sixth day.

The protests began in December over the government’s increase in the price of bread started a movement which eventually led to the army ousting him out of power.

Army vehicles carrying troops were seen deploying across the centre of Khartoum from early Thursday.

Thousands take to the streets in Sudan – 19 killed!

Troops raided the offices of the Islamic Movement, the ideological wing of Bashir´s ruling National Congress Party. And the state television was temporarily switched off as soldiers were taking control of operations.

A transitional military council would replace Bashir for two years, he said, adding that the country’s borders and airspace would be shut until further notice. The security agency also announced it was freeing all political prisoners.