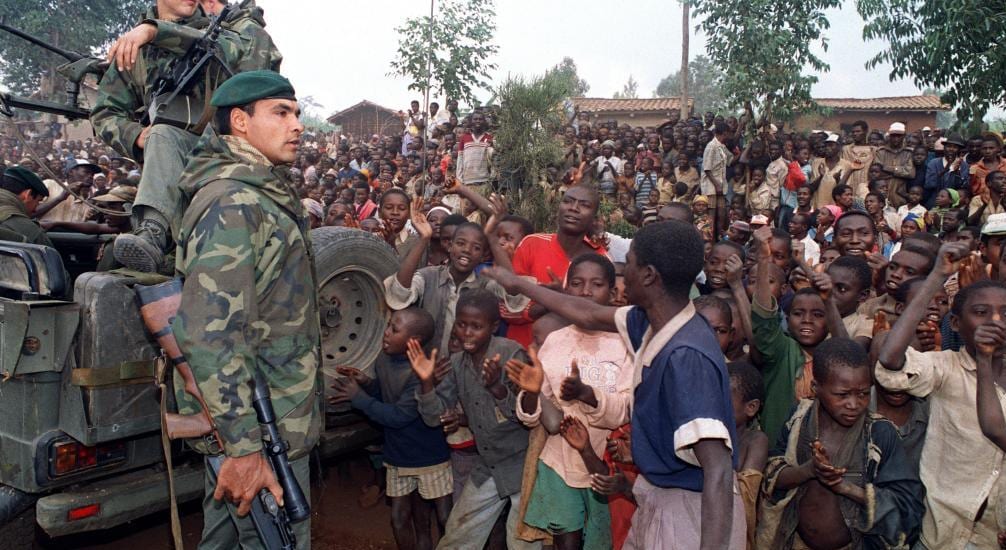 I kicked off the weekend in a good mood and it all it took was one tweet from ‘that woman’ in Downing Street to wipe out the colours from my rainbow.

And no, before you start it had absolutely nothing to do with the carnage and chaos of her latest Brexit shambles which has divided families, split up friends and has everyone at odds with each other.

I’ll tell you what threw me in turmoil. It was these words, hurled out in the social networks with the sincerity of a crocodile fighting back his tears! “Today I am reflecting on the hundreds of thousands of lives lost in the Rwandan genocide 25 years ago. This was a tragedy and it remains as important as ever to make sure such atrocities are not repeated.”

Does Yemen mean anything to you Prime Minister? You know that country in the Middle East where your besties in Riyadh are fighting a proxy war which has left millions of children starving while hundreds of thousands of more infants have already died either under a storm of British-sold weapons, disease and famine caused by Saudi’s war there.

Or maybe you’ve forgotten the genocide which took place before your very eyes as around one million Rohingya were ethnically cleansed from their homes in Myanmar, a country where you’d be like a rat up a drain pipe to sign any trade agreement with the military monsters there.

And what about the red carpet treatment is given to China’s leaders? Oh so happy to send a trade delegation out there while sweeping that little matter of human rights under the same carpet. You’ve done absolutely nothing about the one million Uighurs who are rotting away in concentration camps.

Does the word Palestine mean anything to you? There’s a slow, ongoing genocide there as well against the most wronged people on the planet. An entire nation kicked off its own lands if that’s not ethnic cleansing then what is?

Don’t you dare take time out to tell us all to “reflect” on the Rwandan genocide you heartless, gutless harpy! A few phone calls, that’s all it would take to stop the war in Yemen, rein in Aung San Suu Kyi and her military in Myanmar and set on course some sort of justice for the Uighurs and Palestinians.

Instead, we get a fake show of emotion from a woman who, with any luck, will be catapulted out of office before this month’s out. The trouble is what dross will fill that vacuum?