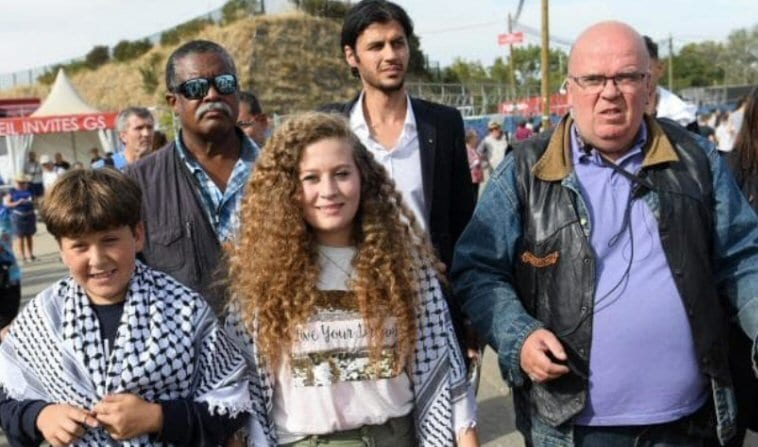 A symbol of Palestinian opposition to Israeli military rule.

Ahed Tamimi, the teenage Palestinian protestor who was arrested for slapping an Israeli soldier has said her younger brother has been arrested in their home in the occupied West Bank.

According to her family, soldiers broke in early Monday and arrested 15-year-old Mohammed. He said Mohammed broke his arm over the weekend running from tear gas during protests in their village and suspected he was arrested for throwing stones at Israeli soldiers.

Ahed Tamimi served eight months in an Israeli prison for slapping two Israeli soldiers in an incident captured on film that made her a symbol of Palestinian opposition to Israeli military rule.

The military said it arrested 21 Palestinians overnight for rioting and other disturbances, without providing further details.

Her father has said “They didn’t give any explanations beyond that he is wanted for questioning,” Bassem said, adding that the IDF, who came to the family’s home to arrest Mohammed at around 2:30 A.M., did not specify why he is being interrogated. “Since then he’s been in detention and we’re trying to free him on bail via a lawyer.”

Ahed Tamimi has become a world-famous Palestinian icon, representing the struggle Palestinians have against the Israeli forces. She has spoken about her eight months in prison, for slapping an army official, as an opportunity to study international law and hopes to one-day lead cases against Israel in international courts.

“God willing, I will manage to study law,” the 17-year-old from Nabi Saleh in the occupied West Bank told the Guardian a day after her release. “I will present the violations against the Palestinians in criminal courts. And to try Israel for it and to be a big lawyer, and to return rights to my country.”