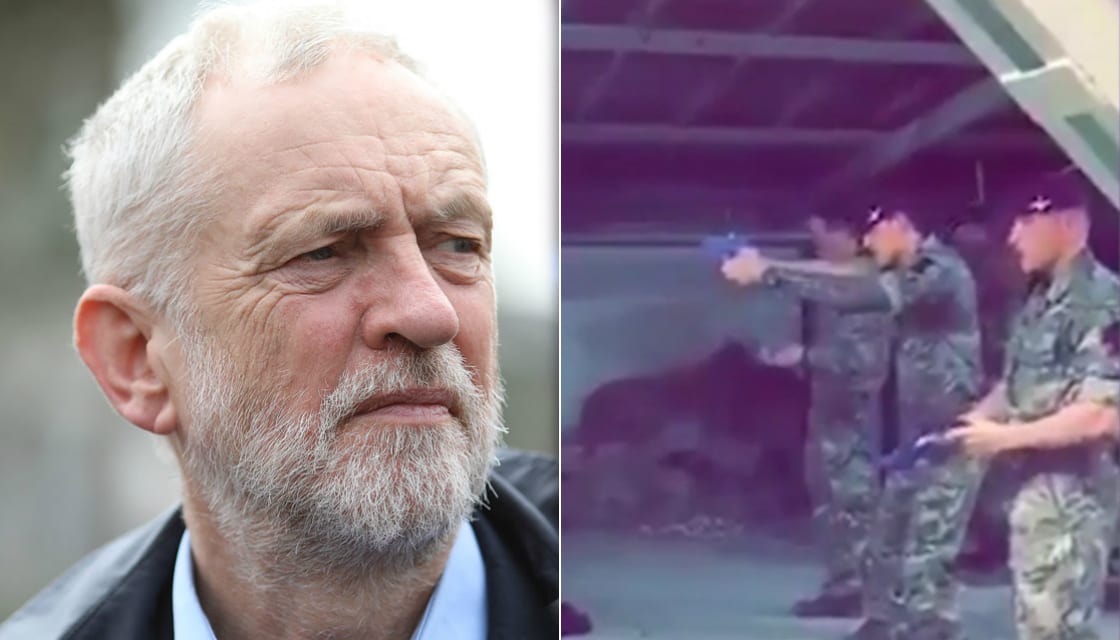 I see the British army’s chief of the general staff, Gen Sir Mark Carleton-Smith has knocked out an unprecedented video statement after a group of daft soldiers were filmed using a portrait of Jeremy Corbyn for target practice while half a dozen others were arrested for an alleged sexual assault.

In the video, posted on the army’s YouTube channel Carleton-Smith, says: “Where serious allegations are proven against members of the army … it demonstrates indiscipline that is wildly at odds with the values and the standards that represent the fabric of not just our army, but the nation’s army.”

This is all very well and good but if he wants to make a really sincere statement while trying to restore the battered, shattered image of the British military he could always target the Sultan of Brunei.

According to my man in the bunker, the Army in recent years has developed an LBGTQ equality drive and has even made sure of visibility at Pride events.

Indeed the murder of gays by Daesh/ISIS was cited as just one of the reasons to defeat the death cult. Oh, and let’s remember the national security strategy cites the promotion of human rights overseas as one of its reasons to have multiple deployments around the globe.

So, for the British military to maintain Brunei as a strategic partner in the region is entirely hypocritical in the wake of the Sultan of Brunei’s shocking decision to introduce death by stoning as a punishment for homosexuality.

Time for Carleton-Smith to step up to the plate and lead from the front by ordering the withdrawal of the 1000 British soldiers stationed in Brunei for starters.

The Sultan also holds honorary commissions in the Royal Air Force and Royal Navy as well as the Army. At least one of these titles was given to him by Queen Elizabeth II when he took the salute at the passing out parade of the 2001 summer term at Britannia Royal Naval College, Dartmouth, the Royal Navy’s officer-training school in the United Kingdom.

It’s time the Sultan was taught a lesson in human rights and this will only work if the British Military, of which the Sandhurst-trained leader has a long-standing relationship, says it will withdraw its troops from Brunei, a Commonwealth Nation since 1984.

There’s a great deal of hypocrisy at play here all around. I remember taking part in a major investigation when I worked at the News of the World into the activities of a senior royal from Brunei. Let’s just say it involved a host of sex workers and some very odd requests which I doubt could be dealt with under sharia law because I doubt very much if anyone could have thought up such depraved activities.

The story was never used because I was told, News of the World readers would not enjoy reading about this sort of sordid behaviour over the breakfasts! My boss had a point. Even today I would find it difficult to describe some of the requests made and certainly not during the consumption of a Full-English!