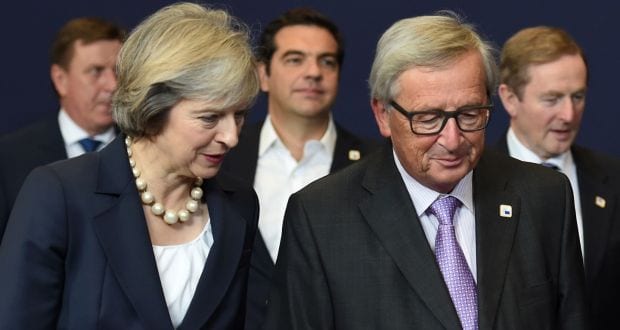 May said Britain would prepare for the EU elections, but she still hoped that an agreement would be reached sooner

Prime Minister Theresa May wrote to European Council President Donald Tusk on Friday asking for a delay of Brexit until up to June 30 but said she still hopes to get Britain out of the EU earlier to avoid it participating in European elections.

Britain is now due to leave the EU in a week, but May has been forced to seek more time after Britain’s divided parliament failed to approve a withdrawal agreement.

“The United Kingdom proposes that this period should end on 30 June 2019,” May said in the letter. Such a long extension means Britain would be required to hold elections for the European parliament.

May said Britain would prepare for the EU elections, but she still hoped that an agreement would be reached sooner, allowing the extension to be ended early.

The chairman of European Union leaders, Donald Tusk, is likely to offer Britain a flexible extension of the date of its departure from the EU of up to one year, with the possibility of leaving sooner, a senior EU official said.

The official said the option could be presented to May at the EU summit on Brexit on April 10 in Brussels.

“The only reasonable way out would be a long but flexible extension. I would call it a ‘flextension’,” the official said.

“We could give the UK a year-long extension, automatically terminated once the Withdrawal Agreement has been accepted and ratified by the House of Commons,” the official said.

May had already requested a longer extension to June 30 at the last EU summit but was turned down by EU leaders who imposed the April 12 deadline. A further extension to May 22 was also offered on the condition that British lawmakers approve the Withdrawal Agreement before April 12.

“Instead of decisive action — requesting a long delay to allow the issue to go back to the people — Theresa May just proposes more short term-ism and a new cliff edge,” she wrote on Twitter.

The letter comes as an EU source confirmed to Euronews that Tusk plans to offer Britain a flexible extension of the date of the country’s exit from the EU of up to one year, with the possibility of leaving sooner.