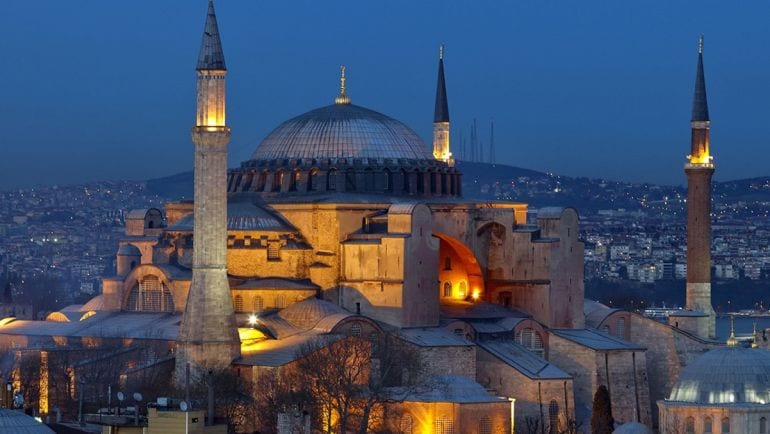 One of Istanbul’s most iconic building, the Hagia Sophia museum will be converted back into a Mosque thanks to the efforts of the Turkish President Recep Tayyip Erdogan.

“Ayasofya (Haghia Sophia) will no longer be called a museum. Its status will change. We will call it a mosque,” Erdogan said during a live televised program.

Slamming criticism of the decision by foreign officials, Erdogan recalled their silence over the attacks on Jerusalem’s Al-Aqsa Mosque.

“Those who remain silent when Masjid Al-Aqsa is attacked, trampled, its windows smashed, cannot tell us what to do about the status of Ayasofya,” he said.

Hagia Sophia, dubbed “8th Wonder of the World” by historians, is one of the most visited museums in the world in terms of art and architecture history.

It was used as a church for 916 years. In 1453, it was converted into a mosque by Fatih Sultan Mehmet when the Ottomans conquered Istanbul.

Following restoration work during the Ottoman era and the addition of minarets by architect Mimar Sinan, the Hagia Sophia became one of the most important monuments of world architecture.

President Erdogan’s comments have suggested that the resentment of his critics is drawn from the rise in Islamophobia which has given rise to one of the most prominent tourist places in the world being a holy site for Muslims.

Bloggers around the world have built careers on endorsing and promoting tourism to Istanbul. Will this transition channel their focus to other places instead.