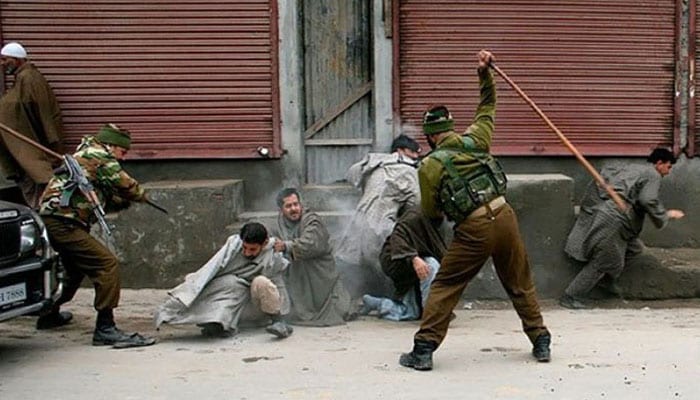 Indian troops have killed three Kashmiris in occupied Kashmir’s Shopian and Hindwara districts on Thursday. Many more have been reported as injured in the raids.

Indian forces conducted raids on homes in Shopian and Hindwara districts and opened indiscriminate fire killing three people. The heavy-handed attack has left many injured in what locals have called unnecessary aggression towards the Muslims of Kashmir.

As the news of the killings spread, several took to the streets to protest against Indian state terrorism and oppression towards Muslims and their families who live in the province.

The rise of Islamophobia in India, as a student is attacked in Kashmir

India rules over the occupied Kashmir, Indian side and takes a very tough approach to any form of militant activity. This militant activity often is unproven and in most cases, still needs to be investigated.

The rise in raids and attacks have multiplied since the Pulama attacks which almost led to a war with its Muslim neighbours Pakistan.

Only last month Indian police and authorities burnt down two hundred Muslims homes to evacuate them out of the area and last week a group of far-right militants attacked a young Muslim model and beat him to a pulp.

In the last 12 months, nearly 70,000 people, mostly civilians, have been killed in Indian military crackdowns in the occupied valley.

The rise of Islamophobia and far-right extremism has seen a surge since the BJP and PM Modi have started campaigning for the upcoming elections.