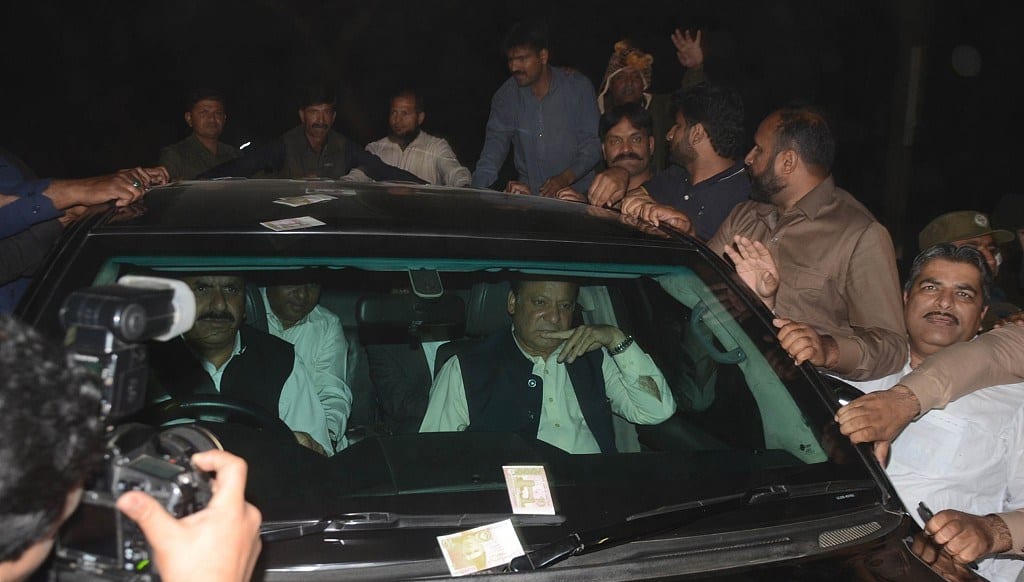 Pakistan’s Supreme Court on Tuesday granted bail to former Prime Minister Nawaz Sharif, who is serving a seven-year jail term in a corruption case, on health grounds for six weeks.

A three-member bench accepted an application for interim bail to Sharif, his lawyer Khawaja Haris told reporters after the judges delivered the verdict. The court suspended Sharif’s jail term for six weeks and it could be extended, according to short order.

The bench, headed by Chief Justice of Pakistan Asif Saeed Khosa, ruled that the former prime minister shall not go abroad or shall get treatment anywhere in the country on his own choice.

The court said Sharif will surrender to the law and will go to jail after the six-week interim bail, adding that he can approach a high court for permanent bail.

Giving arguments for bail-on-health-grounds application, Haris had sought 8-week time for “stress-free” medical treatment outside the jail. He said Sharif’s defence counsel will submit a report after eight weeks. He told the court that the life of his client is at risk.

The premier, who was informed about the top court’s decision on Nawaz’s petition while he was charring a meeting of the federal cabinet, said, “We had already directed that Nawaz is provided with all medical facilities.”

“The courts and institutions in the country are independent,” he stated and added that he is praying for Nawaz’s health.

Former Prime Minister Shahid Khaqan Abbasi welcomed the verdict and said the federal government had opposed the bail but the court has given relief to Sharif.

The spotlight surrounding this case is high-profile as the capture of the Indian pilot. Nawaz Sharif is being used to make an example of as the image of ‘old, rich and corrupt Pakistan’.

Because, even to this day, is seen as Imran Khan’s main foe and rival. It all began from the legal case, where he was convicted on a technicality which imposed the maximum possible sentence.

And in Pakistan, the army is seen as the mob, who does all of Imran Khan ‘dirty work’.

Despite being in prison he still extremely popular in Pakistan, thousands lined the streets of Lahore upon his release.