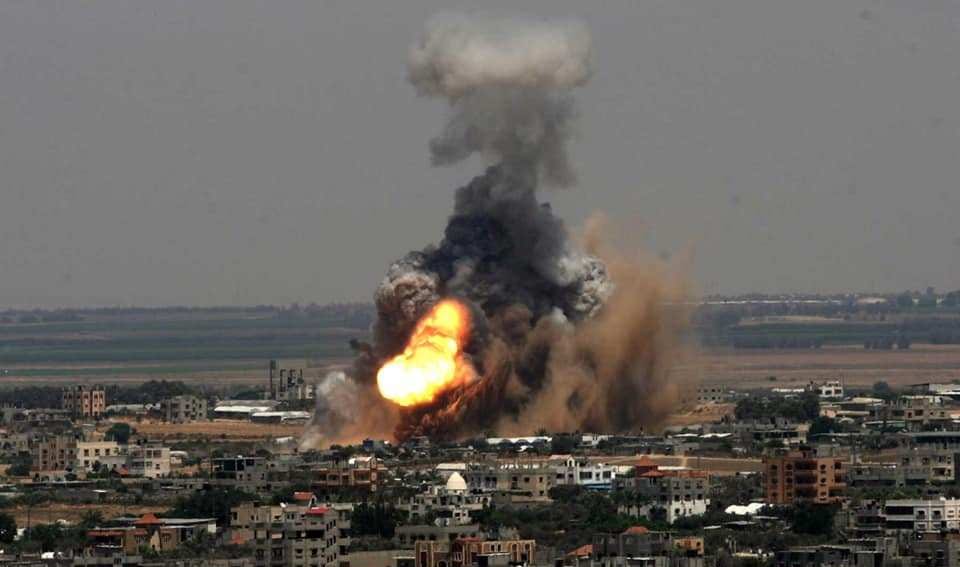 Despite the claims of Egyptian mediators’, agency statements about the success of their efforts to broker Israel and Palestine parties to a ceasefire, Israel is about to launch a new wave of attacks on Gaza.

The Israel Defence Forces (IDF) claims that last night it intercepted another missile launched by the Hamas movement targeting the territory of Israel.

A senior Palestinian official told Reuters Monday on condition of anonymity that Israel and the Palestinian militant group Hamas have agreed to a ceasefire brokered by Egypt. The truce went into effect at 20:00 GMT.

However, following the reported truce agreement, air-raid sirens went off across the southern part of Israel, the IDF said late on Monday.

4:00AM: Israeli families are woken up again by the sound of air-raid sirens from Hamas rocket fire.

We
Will
Defend
Ourselves

The IDF said earlier it had continued airstrikes on the Gaza Strip in the early hours on Tuesday and had cancelled school classes in the country’s south, making it clear that the next round of confrontation with Palestinian militants was not over.

These attacks are continuing the series of dozens of attacks in the last 24 hours, the army noted, adding that they were ready to expand the operation if necessary.

On Monday evening, the Israeli military said it registered launches of about 30 missiles from the Gaza Strip by Palestinian militants, responding by attacking dozens of facilities belonging to the militants.

The most escalation of the conflict began early on Monday with a rocket launched from Gaza on the densely populated centre of Israel, where a village house was destroyed. Seven people, including three children, were injured in the incident.

The Israeli government refuses to recognise a Palestinian independent political and diplomatic entity and continues to build settlements on the occupied areas, despite objections from the United Nations.

Last week, the UN Human Rights Council (UNHRC) adopted a resolution condemning the excessive use of force by Israel against Palestinians during the Right of Return protests in March.

This latest wave of aggression has been widely regarded as a way of propelling Netanyahu’s re-election bid ahead of the 9 April parliamentary vote and it has already been condemned by Iran, Russia, Syria, Turkey and other countries.