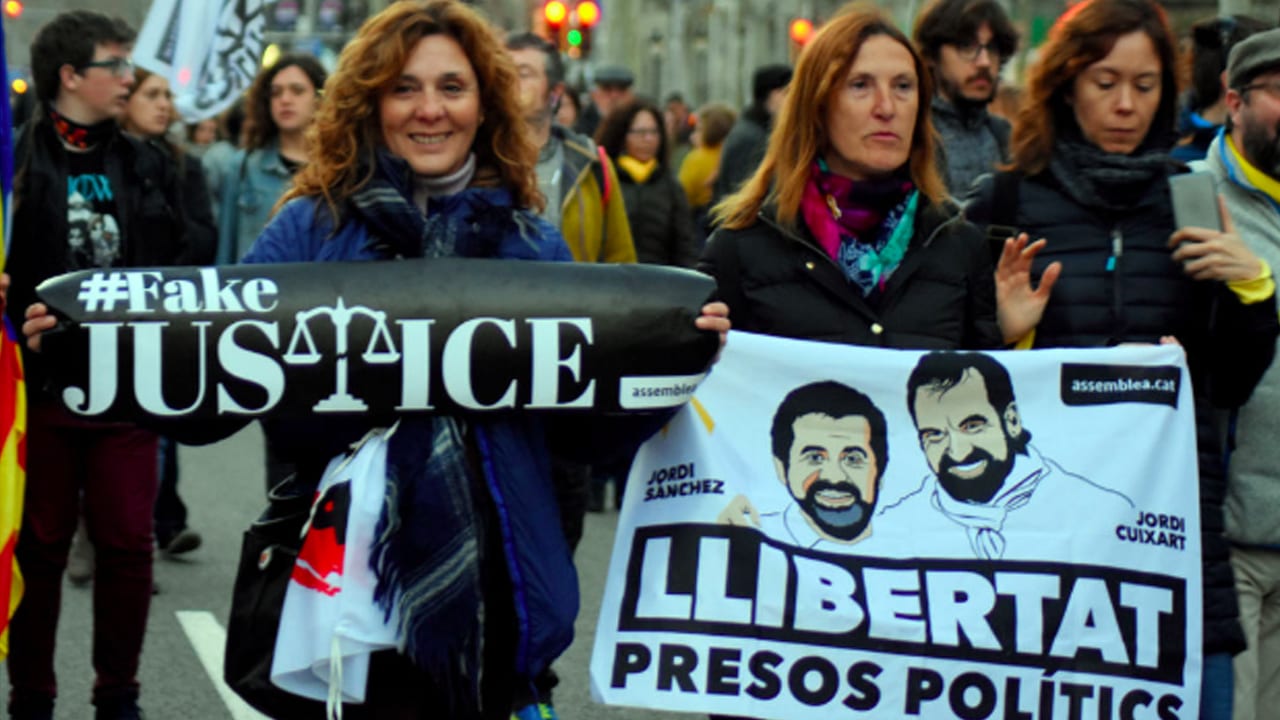 The crisis festering in Spain’s northeastern corner of Catalonia has spread to the political heart of the European Union nation.

The influence of the Catalonians is growing and demonstrated twice, already in less than a year, separatist lawmakers from Catalonia have played a significant role in the national Parliament in Madrid proving the decisive push to topple consecutive governments.

Catalan separatists momentarily aligned with their political nemeses by joining Spain’s right-wing parties to kill the Socialist government’s spending bill, after talks between the government and the separatists collapsed over the possibility of a referendum on secession.

The failure to pass a national spending bill led Prime Minister Pedro Sanchez on Friday to call an early election for April 28.

This latest blow to Spain’s political stability came eight months after the separatist Catalan lawmakers backed the Socialists in a no-confidence vote to oust the conservative government of the Popular Party.

This unrest and political protest are likely to spill over into the EU elections later this year. With the already, confusing situation looming in the EU with Britains exit, Central EU government is looking to Madrid for stability and consensus.

Catalonia is a major player in Spanish politics and quite strategically placed to force the EU and Spanish authorities to ensure the voice is heard.

And with the ongoing trial, unlike any Spain has held before, over a conflict that plunged the country into a constitutional crisis and threatened to tear it apart. Madrid will have to make concessions to Catalonia.

Separatist forces showed their strength when tens of thousands rallied in Barcelona to demand a verdict of not guilty for 12 of their leaders who are on trial in Spain’s Supreme Court for their roles in a failed secession attempt in 2017. Barcelona’s police calculated that over 200,000 people joined the march.

While they claim that Catalonia has a right to self-determination, Spain’s government says any vote on independence would require Parliament to amend the Constitution.

Polls point to a fragmented political spectrum that will leave a future Spanish government in need of cobbling together partners for a coalition government.

That means Catalonia’s separatists could still hold leverage, especially if Sanchez’s Socialists need their votes to stay in power.

But forcing a new election is risky. Spain’s conservative and far-right parties — the Popular Party, the centre-right Citizens party and the far-right Vox party — will all focus their campaigns on taking a hard line against the separatists.

The anti-Catalonia formula worked for the right-wing parties in a regional election in December when they managed to end the Socialists’ 36 years in power in Spain’s south.

Currently a little less than 50 percent of the voters in Catalonia support parties whose goal is independence. But some doubt that a crackdown from Madrid would push more Catalans into the separatist camp.

The decision to withdraw their backing from Sanchez was divisive within the separatist Bloc.

Joan Tarda, a national Parliament member and moderate separatist, lamented that Sanchez had called an election instead of trying to maintain talks with the separatists.

Puigdemont offered his solidarity to two of them, Jordi Sànchez, a regional MP and former president of the ANC, and Jordi Cuixart, the leader of Òmnium Cultural.

Nine of those on trial, who include former Catalan vice-president Oriol Junqueras and former speaker of the Catalan parliament Carme Forcadell, are accused of rebellion, which carries a prison sentence of up to 25 years.