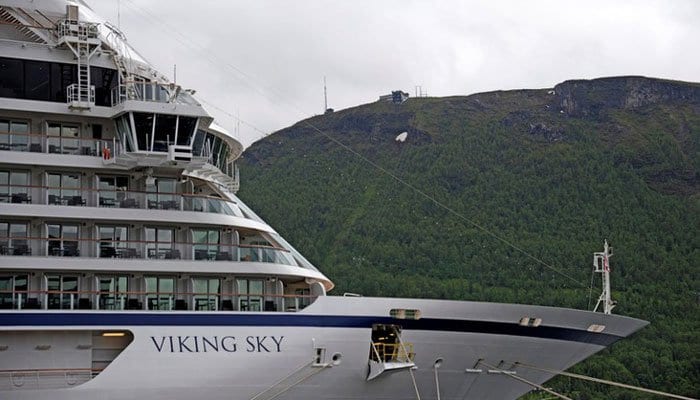 All search and rescue teams in the region have been mobilized, including 60 volunteers from the Norwegian Red Cross.

Rescue workers off Norway’s western coast rushed to evacuate 1,300 passengers and crew from a disabled cruise ship by helicopter on Saturday, winching them one-by-one to safety as heaving waves tossed the ship from side to side and high winds battered the operation.

The maritime rescue service said the Viking Sky, with about 1,300 passengers and crew on board, had sent out a mayday signal as it had been drifting toward land.

But the crew were later able to restart one engine and the ship was at anchor about 2 km from land.

All search and rescue teams in the region have been mobilized, including 60 volunteers from the Norwegian Red Cross.

Several vessels and four helicopters took part in the rescue and facilities to receive passengers have been set up on land, the rescue service said.

The Viking Sky issued an emergency ‘mayday call’ as bad weather hit and engine problems caused it to start drifting toward the rocky shore.

The majority of the cruise ship passengers were reportedly British and American tourists, so far approximately 300 have been evacuated.

Police in the western county of Moere og Romsdal said the crew, fearing the ship would run aground, managed to anchor in Hustadvika Bay, between the Norwegian cities of Alesund and Trondheim, so the evacuations could take place.

Rescue teams with helicopters and boats were sent to evacuate the cruise ship under extremely difficult circumstances, including gusts up to 38 knots (43 mph) and waves over 8 meters (26 feet). The area is known for its rough, frigid waters.

The Viking Sky’s evacuation is a slow and dangerous process, as passengers need to be hoisted one-by-one from the cruise ship to the five available helicopters.

The stretch of water known as Hustadvika is known for its fierce weather and shallow waters dotted with reefs. The Norwegian government is evaluating whether to build a giant ocean tunnel through a nearby mountain to improve safety.