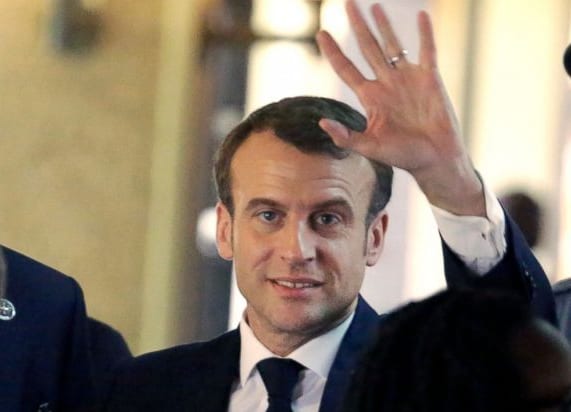 “We’ve been negotiating the withdrawal agreement for two years. It cannot be renegotiated”

Britain’s Prime Minister Theresa May has arrived in Brussels for an EU summit, saying she “sincerely hopes” the UK will leave the EU with a deal.

A battered Prime Minister will try to persuade the other 27 countries in the EU to delay the UK’s exit beyond 29 March, to June.

However, French President Emmanuel Macron, who seemed perturbed by the whole ordeal said the UK would have to leave the European Union without a deal if British MPs reject the Brexit withdrawal agreement again next week.

“In the case of a negative British vote then we’d be heading to a no deal. We all know it. And it’s essential to be clear in these days and moments,” Macron said on Thursday, 21 March, as he arrived at the summit in Brussels.

“We must be clear, to ourselves, our British friends and our people. Firstly, we’ve been negotiating the withdrawal agreement for two years. It cannot be renegotiated. Secondly, in the event of another no vote in Britain, we will be heading towards a no deal. Everyone knows it,” Macron added.

Brexit will change everything, make sure you’re will is secure and updated before the UK leaves the EU.

Earlier, speaking in the German Parliament, Angela Merkel said the EU could meet Mrs May’s request to delay Brexit if in the next week there was a “positive vote” on the withdrawal agreement in the UK Parliament.

The German Chancellor said European elections at the end of May would have to be considered during discussions on the suggested extension deadline of 30 June, adding: “But of course we can certainly talk about a short term extension.”

On Wednesday, Mrs May made a speech blaming the delay on MPs and telling the nation she was “on their side”.

The next update is expected at 6.00pm when a Press conference organised by the European Council President Donald Tusk and European Commission President Jean-Claude Juncker. Mrs May is also expected to make a statement.