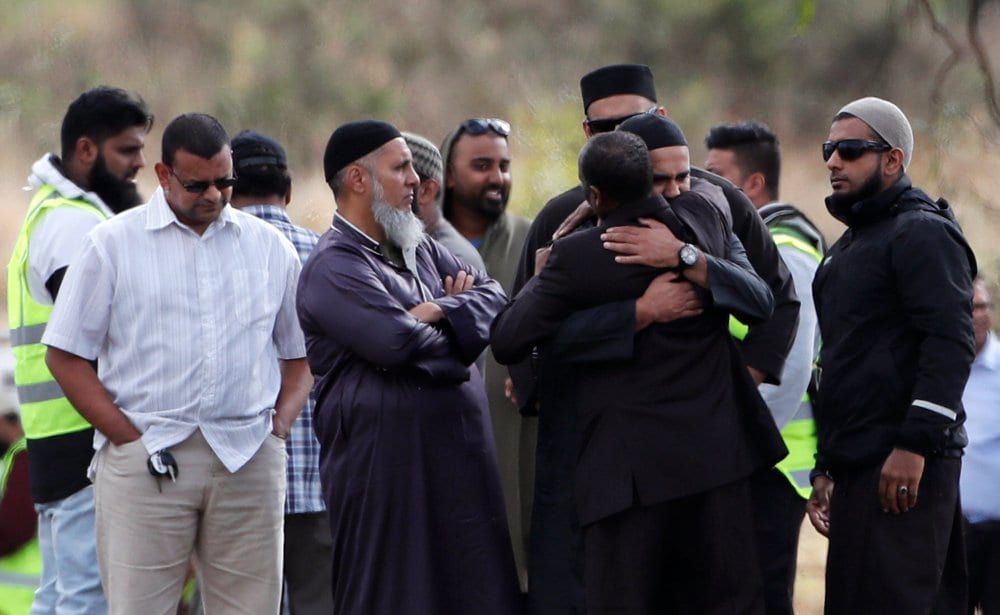 Relatives and other people arrive to attend the burial ceremony of the victims of the mosque attacks, at the Memorial Park Cemetery in Christchurch

Relatives of those killed in last week’s shootings at two mosques in New Zealand began to bury the dead Wednesday, as the country’s prime minister renewed her call to remember the 50 victims rather than the white supremacist accused of slaughtering them.

The burials were held in Memorial Park Cemetery in New Zealand’s Linwood city as New Zealanders braced for days of emotional farewells following the mass slayings.

Hundreds of people were gathered at a grave designated for Muslim burials as the first two funerals got underway. Their identities were not released in advance. While many of the victims will be buried there, some are being brought back to their home countries.

Families of those killed had been anxiously awaiting word on when they could bury their loved ones. New Zealand Police Commissioner Mike Bush said police have now formally identified and released the remains of 21 of those killed. in line with Islamic tradition, the bodies will be cleansed and buried as soon as possible.

The cemetery where the funerals took place was not far from Linwood Mosque, the second of the two places of worship targeted. Attendees hugged and embraced each other, milling under a large marquee next to rows of freshly dug graves.

Council official Jocelyn Ritchie told reporters: “After a short time for prayers, family and friends will carry the body to the grave site where it will be laid to rest.”

Among those in attendance was Abdul Aziz, an Afghan refugee who bravely confronted the white terrorist at Linwood Mosque. He was hugged by many mourners.

The killings have sparked outrage in New Zealand as well as a debate about the country’s comparatively permissive gun laws and whether authorities have done enough to track far-right extremists.

Ardern told reporters she would do everything possible to ensure that the gunman was denied any chance to lift his profile. But she demurred when asked whether she wanted the trial to occur behind closed doors, saying that was not her decision to make.

Residents of this close-knit city have created makeshift memorials near the two targeted mosques and at the botanical gardens, where a mountain of flowers has grown by the day.