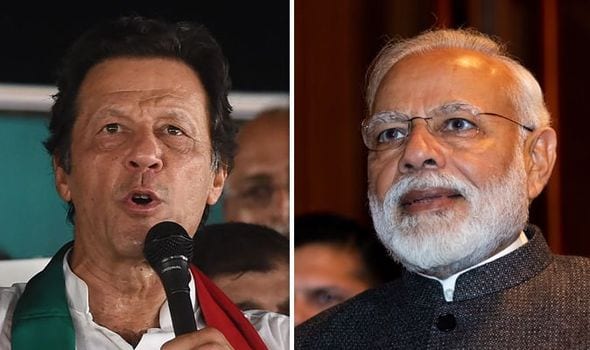 PM Modi had lost control of the narrative. Any which way you spin it, Pakistan’s attack took India by surprise

Over the past few works, faith has been tested, emotions have been stirred and old rivalries have been reignited. From the ashes of a massacre, the world has witnessed some touching moments and felt the presence of some Mavericks.

The terrorist shooting in Christchurch is an example of the worst in humanity. On the other hand, New Zealand Prime Minister Jacinda Ardern and Sonny Bill Williams have shown the compassion and empathy that embodies the best in humanity.

Similarly, 3 weeks ago, before the Christchurch shooting the outbreak of the political and nuclear crisis between Pakistan and India was poised on a knife edge.

India launched an attack in Kashmir, Pakistan, in the middle of the night in what was a retaliatory action for the terrorist attacks in Pulwama on 14 February. In which more than 40 Indian troops were killed. Pakistan’s response was swift and audacious, striking India in broad daylight the very next day.

In the wake of that attack, the Pakistani Airforce shot down an Indian fighter jet and captured the pilot.

The capture of the pilot meant that the narrative and expectations of Prime Minister Modi changed. From the upbeat narrative of the morning before to the surreal feeling of bringing the pilot home.

Pakistan paraded the captured pilot on social media and as the news cycles captured the footage the momentum grew. This transitioned into a worst case scenario for Modi and that meant his next move could be critical to his future.

Hindsight allows you to evaluate outcomes and ponder over other scenarios. Had the pilot been shot down in India, the damage would have been contained and even limited. But the public capture of the pilot turned the heat up on, Modi. On the back foot and re-election campaign looming, how would he respond!.

The Indian media became anxious, attacking and questioned him publically. ” show us the bodies, even one body, where you killed 300 terrorists?” they demanded. This rampaging was becoming so vicious that some Bollywood stars took to social media and calm the hysterical public and the media.

One journalist asked Modi at a Political Rally “Are you going to go in and get our pilot back or will you ask Israel/US [partners} to send the commandos in?.”

The under-pressure Modi had lost control of the narrative. Any which way you spin it, Pakistan’s attack took India by surprise and the capture of Wing Commander Abhinandan created a crisis for him.

With billions around the world watching, came a saving grace, by no other than Pakistani Prime Minister Imran Khan, magnanimous and gracious. He did something no-one had predicted.

Whilst addressing parliament he announced. “In our desire for peace, I announce that tomorrow, as a first step to open negotiations, Pakistan will be releasing the Indian Air Force officer in our custody,” Khan said on the floor of the House.

In what seemed to be an impulsive decision he managed to avoid any further escalation and enhance his image.

In Pakistan and India, the optics that you present to the public are as important as the message you deliver to the opponent. These are nations that have a ‘tit for tat’ rivalry that extends into every facet of life. If India wins a cricket match, effigies are burnt of the Pakistan team, if India test launches a new missile, Pakistan is obliged to respond and so on and so forth.

Following the release of the pilot, Prime Minister Modi took to Twitter to welcome back Wing Commander Abhinandan and rally the troops for his election campaign.

“Welcome Home Wing Commander Abhinandan! The nation is proud of your exemplary courage. Our armed forces are an inspiration for 130 crore (1.3bn) Indians. Vande Mataram!” the prime minister tweeted.

As for Pakistan PM Imran Khan, his fortunes transformed he was being hailed as a victorious hero and the hashtag #NobelPeacePrizeForImranKhan started trending on Twitter.

Domestically, that peace gesture united Pakistan something that is very rare in poverty-driven and passionate society.

His inspiration rallied support from across the border Sikh leaders in Punjab, India addressed Indian the media and condemned the violation of Pakistani airspace by Indian forces, saying ‘every Sikh was a soldier of Pakistan without a uniform’.

Since then, many journalists have stated that they never really expected these two countries to go to war, despite boasting military might neither country can afford a war. In both countries, over 50% of the population survives in poverty, to divert further funds to fighting a war is simply incomprehensible.

As is common practise, World leaders took to social media and have been tweeting away to praise Imran Khan’s actions, as well as offering diplomacy and mediation services to deescalate the situation.

He congratulated Prime Minister Imran Khan on his Statesman-like approach towards handling this difficult situation. He also offered Jordan's mediation to help de-escalate the crisis. #PakistanLeadsWithPeace

BREAKING — Erdogan urges de-escalation in India – Pakistan crisis, “Hope India would reciprocate the release of Indian pilot. I told @ImranKhanPTI that we are ready to do whatever asked from us. We hope, with our diplomatic initiative, this distressful time will come to an end”

Since then the situation has become relatively stable. The Indian Prime Minister Modi has channelled his focus to his re-election campaign. And almost 1.7bnpeople have gone back to there everyday routine.

In India there has been a resurgence by the far right, fuelling hate propaganda and retaliating against the Muslim population that resides in the country.

In Pakistan, the PSL final provides a signal of better things to come. The Foreign Minister, Shah M Qureshi is determined to build its international collateral, lodging a complaint against India at the United Nations, accusing them of “eco-terrorism” over air strikes that damaged pine trees and natural habitation, perhaps, ‘tongue in cheek’ humour and politics.

For Modi, the outcome resides totally on whether he is re-elected. Which, according to media polls seems ominous, and if those polls are to believed then Modi will claim victory.