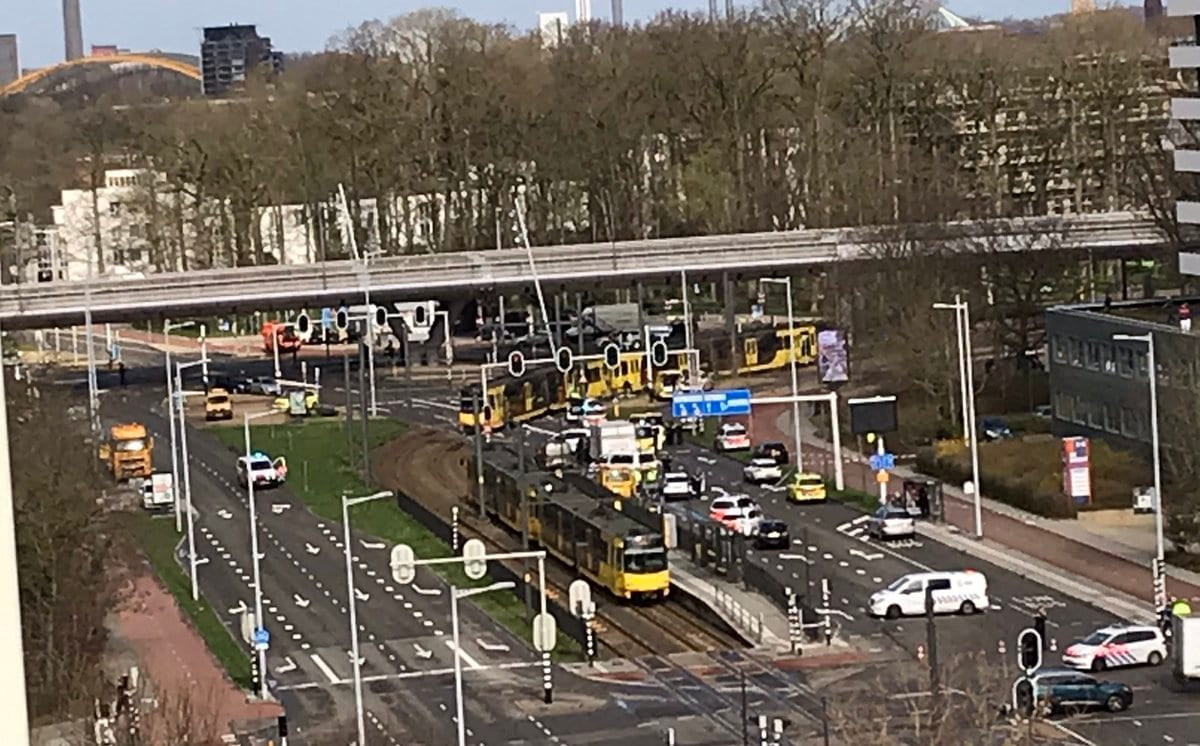 Breaking News: Shooting on public tram in the Netherlands

Breaking News: One person has been killed and several people have been injured in a shooting in the Dutch city of Utrecht, police have said.

It is not yet known what exactly occurred at the site in the central city in Holland on Monday.

The scenes are chaotic as the police are carrying out a manhunt for the shooter.

Local reports are sketchy however, according to local media shooting took place on a tram.

Emergency services, including police and medical helicopters, were at the scene of the shooting. Police have also informed schools in the area to shut down amid shooting

The area around the shooting site has been cordoned off. Dutch PM Mark Rutte has commented on the shooting, stating that the government is holding crisis talks following the incident.

So far the police haven’t confirmed details about the deceased or released information about the suspect.

My Tweets
We use cookies to help identify your computer so we can tailor your user experience, track shopping basket contents and remember where you are in the order process. WTX News Our Cookie Policy
Sonny Bill Williams takes a week off to support ‘his community in Christchurch’
Dutch Police hunt for Turkish man after three shot dead in tram
To Top
Weekly