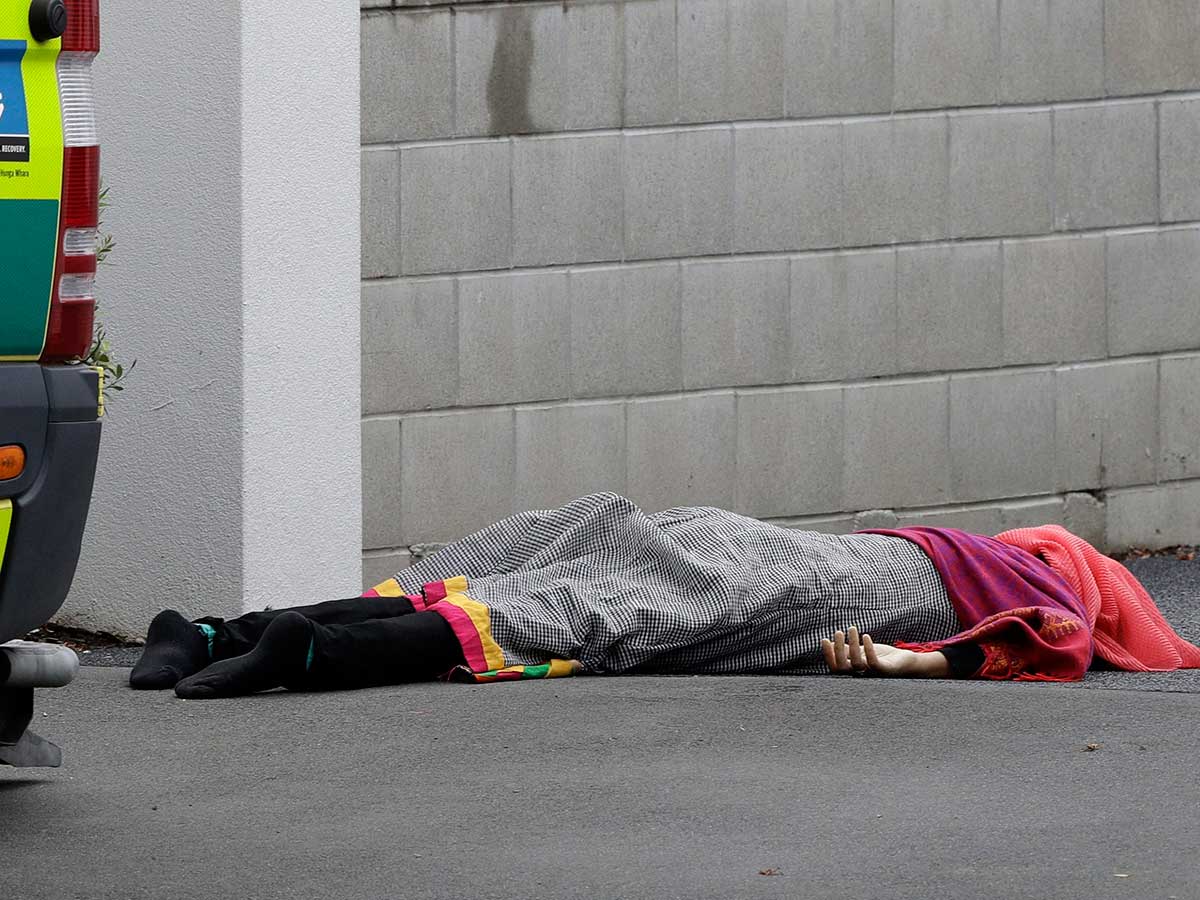 Who trained the terrorist, where did he learn to shoot with such accuracy and how did he get financed

Amid the shock, outrage and recriminations that have consumed New Zealand over the past two days, tales of heroism and self-sacrifice emerged.

The stories from the surviving heroes and the footage circulating on Facebook have shown the killing skills of Brenton Tarrant. The footage was almost movie-like, his precision, organised and devastating assault against the innocent unarmed civilians.

This begs the question? Who trained the terrorist, where did he learn to shoot with such accuracy and how did he get financed, for the many recon trips abroad, buy the arsenal and expertly modify weapons, going undetected to the worlds intelligence services for years.

Clearly, he was not alone, he was supported and financed by an organisation, a Far-Right organisation that has deep pockets and global reach. Special Ops guys and strategic ‘Military-like Planners’ pulling the strings like puppet masters. Whilst hiding in plain sight because the colour of their skin does not arise suspicion.

The helpless victims had an impossible task, face a fully trained fighter armed with a semi-automatic or die trying! despite the odds, some survived and heroic accounts of witnesses shared.

A Pakistani victim of the Christchurch attack who apparently tried to tackle the gunman before being shot dead will be awarded posthumously in his home country for his courage, Prime Minister Imran Khan said Sunday.

“Pakistan is proud of Mian Naeem Rashid who was martyred trying to tackle the Australian terrorist & his courage will be recognised with a national award,” Khan tweeted on Sunday.

Pakistan has several awards to recognise civilian bravery, and Khan did not specify which one would be awarded to Rashid, whose son also died in the massacre.

His brother spoke to media outlets and “He could have saved his life but he preferred to save others. He was a brave guy,” Alam said, confirming that one of his two nephews, Talha Naeem, was also killed.

He said his brother would likely be buried in New Zealand, adding that the family are seeking visas to attend but that they were difficult to get quickly.

Another hero Abdul Aziz, 48 from Afghanistan, was hailed for confronting the shooter at the second mosque and preventing more deaths.

Aziz, originally ran outside after the shooting started and picked up a shotgun that the gunman had dropped. He tried to return fire, but the gun had no shells in it, he said.

“I chased him,” Aziz said. “He sat in his car and with the shotgun in my hands, I threw it through his window like an arrow. He just swore at me and took off.”

The majority of victims were migrants or refugees from countries such as Pakistan, India, Malaysia, Indonesia, Turkey, Somalia, Afghanistan and Bangladesh.

The youngest was a three-year-old boy, according to an unofficial list of the dead.

An Iraqi who born in Abu Dhabi was killed in the attack on two mosques in New Zealand.

A Bangladeshi couple also died in the attack. Husne Ara Parvin died being struck by a bullet while trying to shield her wheelchair-bound husband, As she asked the attacker to stop and help, he shot again, this time with a fatal strike.

India’s embassy in New Zealand confirmed the deaths in a tweet, following the devastating shootings at twin mosques in the normally peaceful city.

Three of the dead from the mass shooting at Al Noor mosque were from Gujarat state. They were father and son victims Asif and Ramiz Vora, and 65-year-old retiree Mahboob Khokhar, who was visiting his son in Christchurch.

Ansi Karippakulam Alibaba — a 23-year-old from Kerala, who had lived with her husband in Christchurch since last year as she studied for a master — was also confirmed dead.

The fifth victim, Ozair Kadir, was an aspiring commercial pilot from Hyderabad city.

Huge piles of flowers were laid at sites near the mosques and crowds of people of all faiths gathered to pay respects. Some played the guitar, sang and lit candles as darkness fell.

Members of a Maori motorbike gang performed a haka war-dance at one site. Church services for the victims were held, including at Christchurch’s “Cardboard Cathedral”, a temporary structure built after a 2011 earthquake.

New Zealand PM Ardern and the entire Kiwi nation deserve a huge amount of credit for there efforts. The country and all its people have come together and supporting each other during their darkest hour. The Prime Minister said victims would be handed over to families from Sunday evening.

“It is likely, however, to be a small number, to begin with,” she told a media briefing, adding that all should be returned by Wednesday.

Wearing a black scarf, Ardern hugged members of the Muslim community at a refugee centre on Saturday, saying she would ensure freedom of religion.