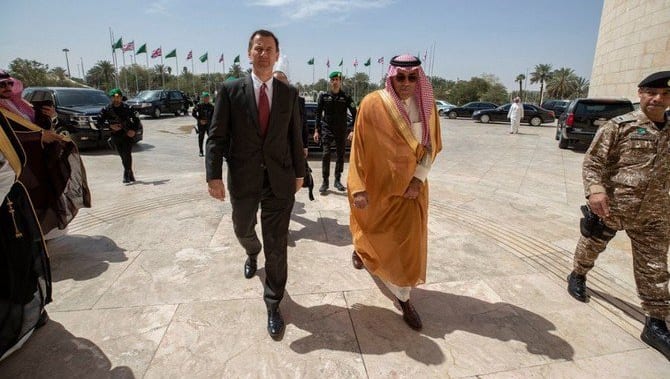 Britain’s strategic partnership with Saudi Arabia is in place and intact and helps to “keep the UK safe,” According to Foreign Secretary Jeremy Hunt.

The foreign secretary is on a trip touring the Gulf region to urge the immediate implementation of the UN-brokered Stockholm Agreement.

However, critics of the meeting have quickly reacted and pointed out that the UK should have pushed the Saudi’s harder to commit to further safeguards and demanded accountability on the Khashoggi murder.

Hunt, however, Jeremy Hunt did not delve into the issue in any kind of detail for fear of upsetting the Saudi government. Which has perturbed the critics, who have suggested that Hunt is aiding payoff of financial services over justice and human rights.

The UK government is going through a period of transition where the need for diplomacy is at an all-time high because of Brexit.

Hunt said that he and Al-Jubeir agreed that progress on the agreement was “overdue,” and that it is “vital for Hodeidah to be cleared of militia urgently” so that a humanitarian corridor can be opened.

“During the meeting, they reviewed the historical relations binding the two Kingdoms and bilateral existing partnership between the two friendly countries, in addition to discussing latest regional as well as international developments and endeavours exerted towards them,” a statement from Saudi Press Agency (SPA) read.

Excellent first meeting with FM Ibrahim al Assaf & @AdelAljubeir today in Riyadh. Our strategic partnership w/Saudi Arabia helps us to keep the UK safe, to make progress on diplomatic priorities like Yemen, and to discuss frankly issues of concern pic.twitter.com/X2JMyzP64r

The foreign secretary also met Yemeni President Abed Rabbo Mansour Hadi in Riyadh earlier on Saturday. He described progress on UN-backed peace talks on Yemen as “fragile but within sight.”

The UK is cautious about fracturing any relationships with the Saudi kingdom, With Brexit negotiations, the UK needs the fruitful relationship to balance the books. Saudi Arabia is a major importer of foreign services and the opportunity for British Intelligence and military are at an all-time high.

Saudi Arabia has had a long-running conflict with insurgents in Yemen; who have been firing missiles and causing conflict in the south of the country. The Saudi government are in constant need of military and International support to fight this conflict. Especially as Yemen is also suffering one of the worsts famines for a decade and the Saudi government is focussed on repairing the public damage to its image.

Saudi Arabia perceives Iran is a constant threat, and accuse the Iranians of being a major exporter of terrorism in the region, and will want to ensure their armed services are equipped well enough to deal with that threat.

Having, the international support to keep sanctions on the Iranians allows the Saudi to exert there influence in the region with little or no recourse.

The relationship is important to the UK and one that the UK is careful, not fracture, even upon the compromise of their principles. Hunt is also touring other regions in the middle east and visited Muscat where he signed a joint declaration on UK-Omani relations and met Houthi militia spokesman Mohamed Abdul Salem.

He will finish the tour with a visit to the UAE.