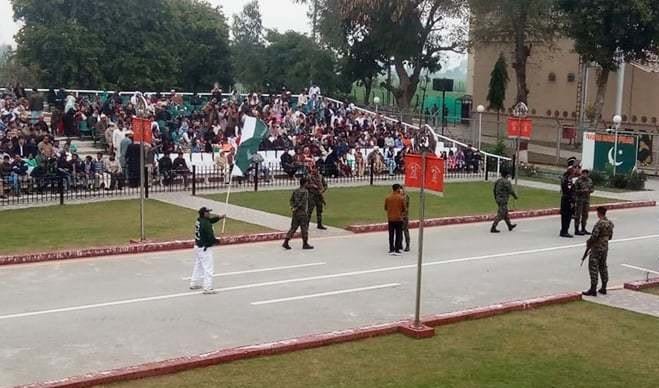 I feel sorry for Indian Wing Commander Abhinandan Vardhaman, the pilot with a magnificent moustache who was shot down over Kashmir by the Pakistan air force.

While he sits in Pakistan custody, Indian windbag and Prime Minister Narendra Modi remains unusually silent over the plight of the wing commander, unlike his rather foolish BJP chief Bookanakere Siddalingappa Yeddyurappa who boasted that India’s ‘preemptive’ strikes on terror camps in Pakistan have created a political wave in favour of Modi.

Without giving a single thought to Vardhaman, BSY, as Yeddyurappa is more commonly known, has been happily tweeting how the military action will help Modi’s party win over 22 of 28 seats in his state in the forthcoming elections.

“Yesterday we entered Pakistan territory and destroyed three camps of terrorists. This has brought a pro-Modi wave all through the country. The effect of this will be seen in the Lok Sabha elections,” boasted BSY who has served as the Leader of the Opposition in the Karnataka Legislative Assembly since May 2018.

If ever there was a time for BSY to shut up this is it and if ever that was a time for Modi to make known his own views this is also it and yet his silence is deafening.

Imagine how Wing Commander Vardhaman must be feeling. I think the term is “cannon fodder.” Some Indian politicians even have the nerve to ask for votes in the name of the unfortunate pilot but have somehow forgotten to ask for the return of their man!

One angry social networker tweeted: At least #BringbackAbhinandan first b4 asking for votes in soldiers’ name!

Tensions in the already volatile region were ratcheted up when India said it had conducted a major ‘preemptive’ strike on a Jaish-e-Mohammed training camp early on Tuesday, killing a “very large number” of terrorists, trainers and senior commanders.

India’s action followed the Pulwama incident in which 46 military personnel were killed in one of the deadliest terror strikes in decades in Jammu & Kashmir. Tensions heightened even further after Pakistan captured the hapless IAF pilot.

Climbing on to the moral high ground, Pakistan’s leader Imran Khan appears to have seized the initiative by talking of peace and offering to return the wing commander by Friday.

As a former captive myself (of the Taliban) it’s very disheartening when your own country doesn’t seem too bothered about your return. I was crestfallen when representatives of the UK Government couldn’t be bothered to turn up for the handover, but that’s another story for another time.

But I am coming from a point of knowing when I express sympathy for the airman. His PM appears too busy electioneering to be bothered about his plight while other Indian politicians are talking tough about the bungled bombing of a terror camp (which Pakistan says didn’t happen although some missiles were lobbed over the empty ground by the Line of Control.

It seems the only person to express any kind of compassion and sympathy for Abhinandan Vardhaman is Pakistan’s, PM Imran Khan!

Whether this is picked up by Indian voters or not remains to be seen but such gross insensitivity by Modi and his politicians towards the wing commander and others killed in the line of duty will not play well, I would’ve thought.