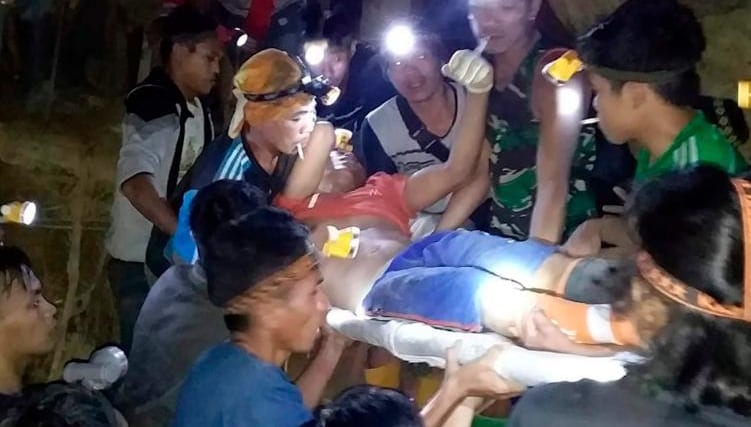 This disaster was caused by human greed

The survival of about three dozen miners trapped in a collapsed illegal gold mine in Indonesia have severely diminished as oxygen levels at the site fall and the screams of the trapped have faded.

“There is no hope for survivors. (It’s assumed all have) passed away,” said Feri Arianto, of the National Search and Rescue Agency.

The rescue mission will not attempt to add oxygen into the tunnels, in the Bolaang Mongondow area on the island of Sulawesi, which collapsed after a landslide on Tuesday.

Earlier in the rescue mission, dozens of trapped miners could be heard “screaming for help,” disaster management agency officials said.

Eight miners had died and 27 had been rescued from the site, as of 12 p.m. Friday local time (12 a.m. ET), according to Arianto. One man had been rescued alive and died on the way to the hospital, he added.

This disaster was caused by human greed. Locals operating small-scale illegal mines in the area use traditional techniques to dig their shafts, and do not conduct any kind of feasibility study before starting work.

An official said the struts supporting the shaft entrance had broken under pressure from the soil above.