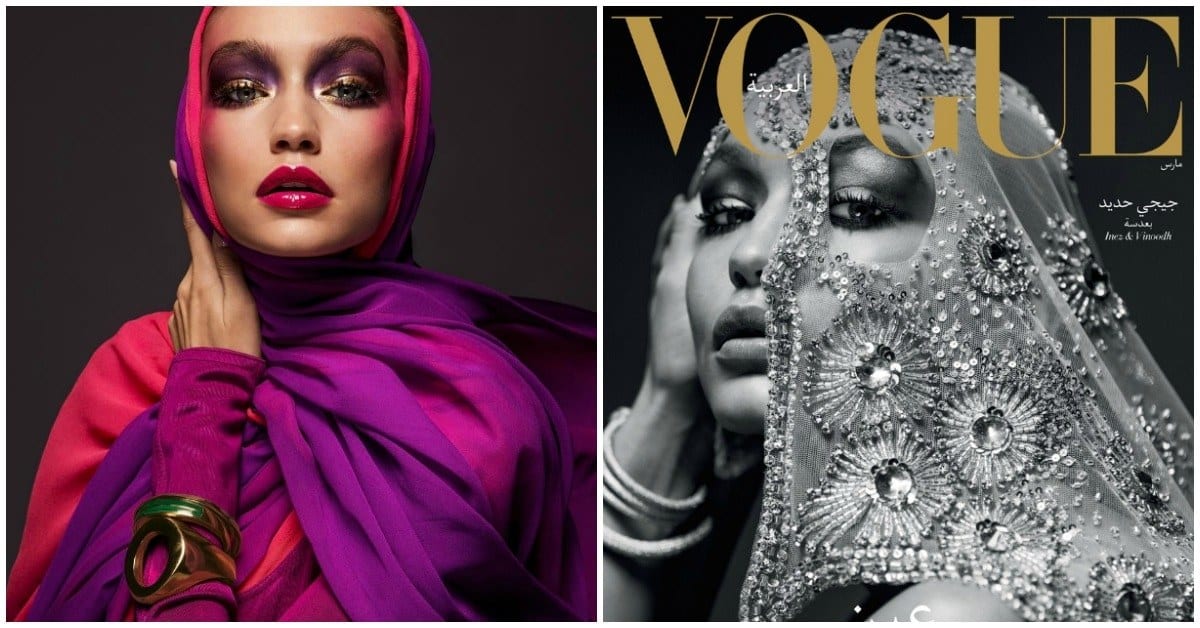 Palestinian model Gigi Hadid has been unveiled as the cover star of Vogue Arabia’s second-anniversary issue.

This marks Hadid’s 37th Vogue magazine cover to date and her second for Vogue Arabia.

The magazine features a photo shoot and exclusive interview with the 23-year-old, who opens up about her upbringing.

“A lot of people make assumptions about my family, but our childhood wasn’t ‘Hollywood.’ My parents never made their success an excuse for me, I always knew that after high school I was expected to work towards supporting myself, so I never put all my eggs in the modelling basket,” Hadid told Vogue Arabia.

“Being Arab has influenced me to be open and loving of all backgrounds, realizing that being more of one thing doesn’t make you less of something else,” she added.

Many celebrities express their cultural diversity through their works. Gigi Hadid shows off her Palestinian roots on the cover of the first ever Vogue Arabia.