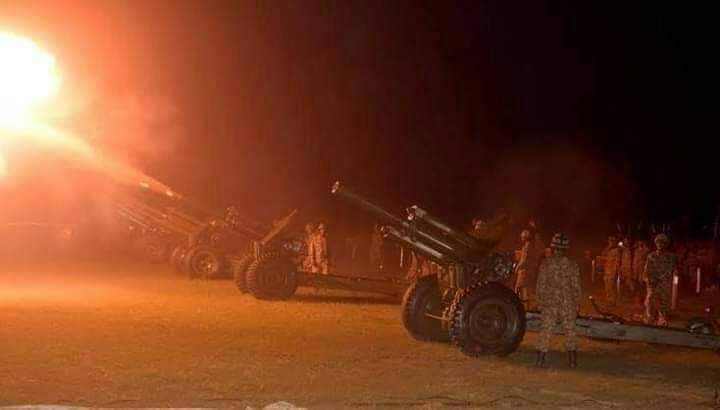 A day after the Pulwama terror attack, PM Modi chaired a meeting of the Cabinet Committee on Security, in which it was decided that India needs to send a strong message, say sources.

The strike in Pakistan’s Balakot, around 80 km from Pakistan-Occupied-Kashmir, was directed at the Jaish-e-Mohammed; the Pakistan-based terror outfit had owned responsibility for the February 14 suicide attack in which 40 CRPF soldiers were killed in Kashmir’s Pulwama.

These two videos (unverified) show scenes of the fighting at the border in Kashmir, during the night,

Meanwhile, Indian celebrities came out onto Twitter and tweeted their support for the airstrikes in Pakistan.