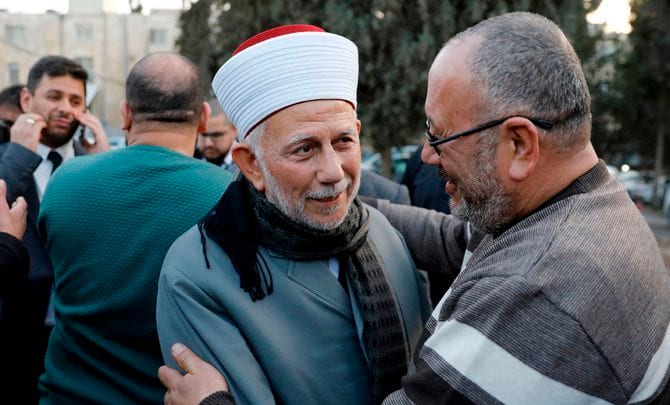 Israeli police have arrested the head of the Islamic authority that oversees Muslim holy sites in Jerusalem following recent protests.

Sheikh Abdel-Azeem Salhab, 75, the Jordanian-appointed head of the Islamic Waqf Council, which administers the Muslim holy sites in the city, was arrested at dawn at his home in occupied East Jerusalem.

On Friday, Palestinian protesters stormed into a part of the Al-Aqsa mosque compound that Israel had sealed off because it was home to a heritage organisation allegedly connected with a militant Islamic group.

He was released around noon on condition that he stay away from the compound for a week. Sources in Jerusalem said the cleric had signed no such pledge.

The mosque compound is the third holiest site in Islam and the holiest site for Jews, who refer to it as the Temple Mount.