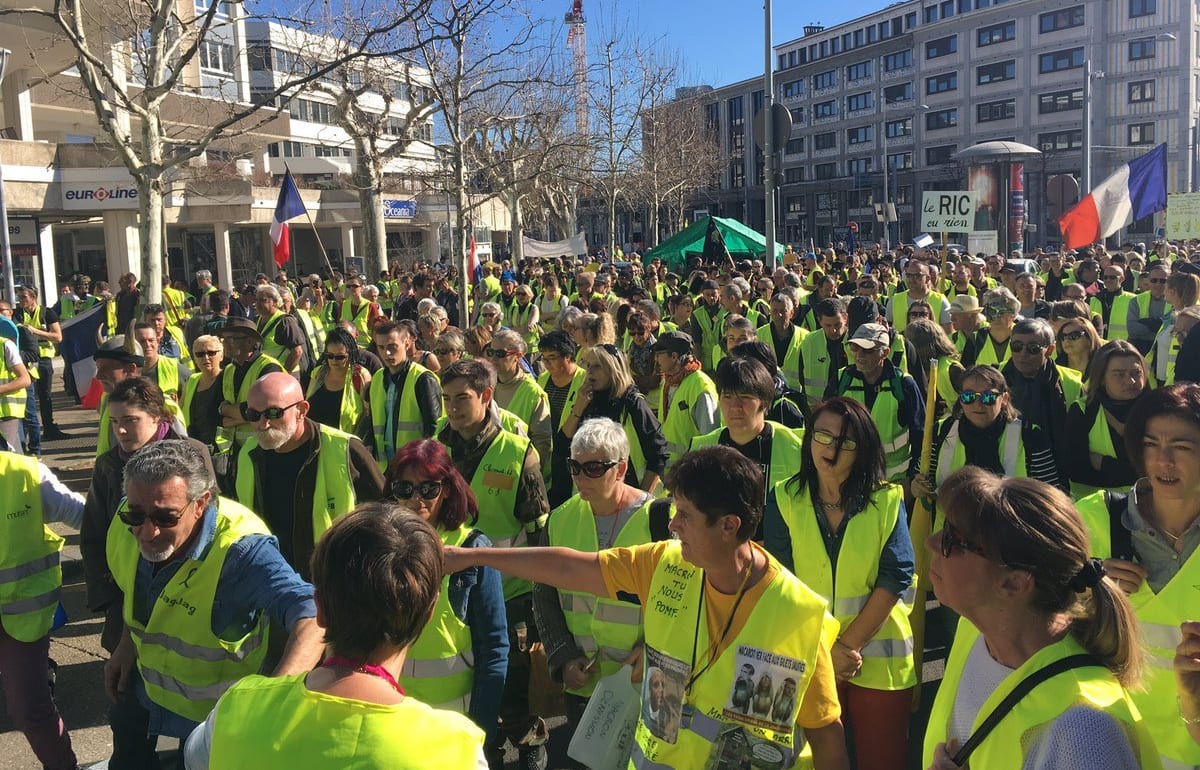 Tens of thousands of Gilets Jaunes (Yellow Vest) protesters celebrated the 15th week of the movement with marches in Paris and all around France and a festive picnic at the Chambord Castle in the Loire, central France.

There were more than 46,000 Gilets Jaunes protesting across France, including 5,800 in Paris, according to the French Interior Ministry. Last week, they were 41,000, including 3,000 in Paris.

Several thousands of protesters attended the march in Paris for the 15th day of national action since the creation of the movement, in November 2018.

The protests, named after the fluorescent jackets French motorists must carry in their vehicles for emergencies, have generally become smaller since December when there was vandalism and looting in Paris.

Protest organizers have sought to keep momentum behind an increasingly splintered movement and bouts of violence that threatened to tarnish its image.

Last week thousands of people rallied across France after a rise of anti-Semitic attacks in recent weeks that included vandals daubing swastikas and anti-Jewish slogans on dozens of graves in a Jewish cemetery.

Talks between the yellow vests and the government have broken down, President Macron visited the French Agriculture show and did not seem worried by the protest at the event. He could not be approached by protestors who left the event and later joined the Paris march.

Gilets Jaunes also organised a picnic on the lawns of the Chambord castle, some 180 km south of Paris, which was built in 1519 as the royal residence of French king François the First. They were around 1,200, according to local police.

The Gilets Jaunes chose the Chambord castle because French president Emmanuel Macron rented the place to celebrate his 40th birthday in December 2017.