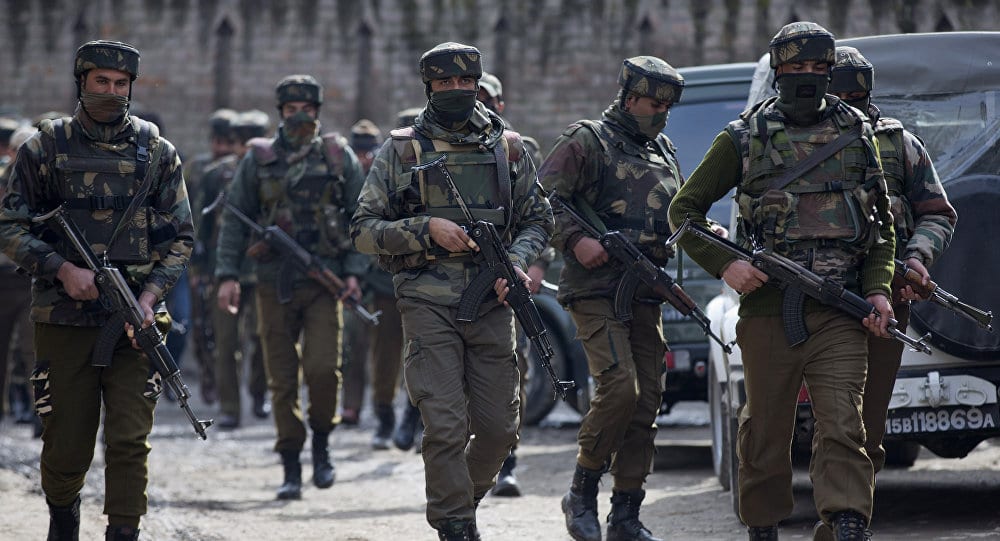 Tensions have soared between the nuclear-armed rivals since a suicide attack last week, the countries are on the brink of war.

More than 10,000 Indian soldiers were deployed in occupied Kashmir on Saturday as the Indian government prepares itself for conflict in Kashmir.

An additional 100 companies, around 10,000 soldiers started arriving in the occupied valley, a day after India ordered the reinforcements.

Yasin Malik was arrested after a raid at his Maisuma residence overnight in Srinagar. The overnight arrests also included many senior members of JeI.

Commentators on the ground have said that “India is ready to strike”.

Relations between the two nuclear powers are dangerously high. Indian Prime Minister Modi has decided to give a “free hand” to the Indian army to take retaliatory action for Pulwama.

India has been demanding action against militants that Prime Minister Narendra Modi alleged are from Pakistan and its premier under pressure from his Hindu nationalist base to show firmness weeks before he is set to call elections.

Many political observers suggest that escalation suits BJP’s election prospects. However, India must not allow political expediency to put on hold better sense and to risk vitiating peace and the future of the region.

Prime Minister Imran Khan’s offer to investigate any actionable information needs a serious response on the part of India and, of course, sincerity in the process on the part of Pakistan.

In his first address to the nation as Prime Minister, Mr Khan extended the hand of friendship to India. He stated: “You take one step, we will take two.”

Tensions have soared between the nuclear-armed rivals since a suicide attack last week killed 41 soldiers in Indian-occupied Kashmir, the deadliest attack in years.

US President Donald Trump voiced alarm Friday at the “very dangerous situation” between India and Pakistan, warning that New Delhi was considering”very strong” action after an attack in occupied Kashmir.

“It’s very dangerous situation between the two countries. We would like to see it stop,” Trump said, adding that the United States was seeking talks with Pakistan.