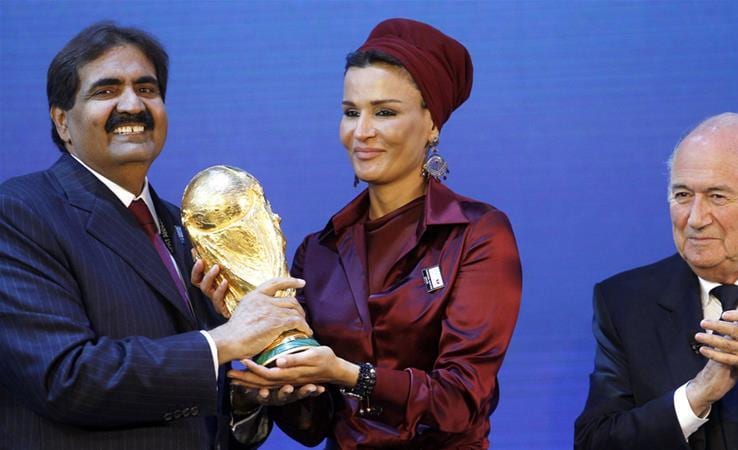 After UAE’s own goal in football shirt row there’s more angst on the way for Qatar World Cup from Aussie, Lynton Crosby

I lambasted the UAE recently for arresting a British football fan who was sporting a Qatar soccer shirt for a cup tie being played in Dubai.

The bonkers decision exposed the UAE authorities of displaying a total lack of understanding about the Beautiful Game.

Now I learn that Aussie knight Lynton Crosby has been offering to sink the 2022 World Cup in Qatar in return for a £5.5m fee!

The leaked plan was revealed recently in The Guardian newspaper which is to be applauded for its investigations into the actions of Sir Lynton who was given a knighthood by the former prime minister David Cameron after helping to secure the unexpected Tory-majority government in the 2015 general election.

This vile individual apparently offered to work on a campaign to get the 2022 World Cup awarded to another country through his lobbying firm, CTF Partners.

He reckoned he could pull off the campaign for £300,000 a month over 18 months by forcing the international football authority FIFA  to “restart the bidding process.”

Can everyone get their hands off my favourite sport and stop using the game as a political football. Anyone who has a genuine love and passion for this sport will be appalled by this scandalous behaviour.