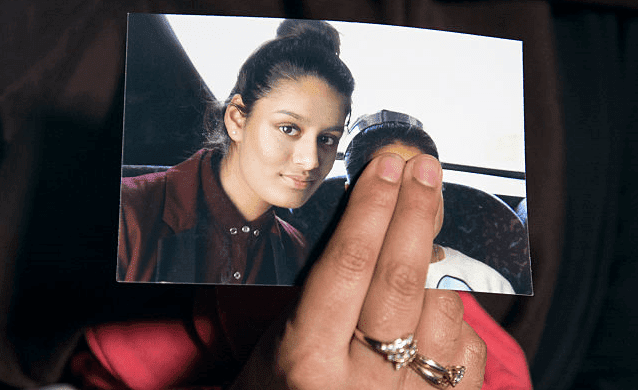 She was a child. She was groomed online and now it is clear she is traumatised and brutalised by living with the nut-jobs from #ISIS @YvonneRidely

Today’s headlines are being dominated by Shamima Begum, the 15-year-old schoolgirl who left east London in 2015 to become an ISIS bride.

Heavily pregnant and now 19 she says she wants to return to the UK but her interview has caused a tsunami of outrage in Britain where she appears to have become a lightning rod for hate.

Firstly, I would urge everyone to calm down. Having read her exclusive interview in The Times newspaper by the journalist Anthony Lloyd, it’s quite clear to me that Begum is traumatised.

Any parent of an adolescent knows teenagers can make bad decisions and crazy mistakes. It’s part of growing up and while most of their actions are done under our watchful eyes, Begum’s catastrophic decision to run away and join ISIS was certainly life-changing.

But let’s face it. She was a child. She was groomed online and now it is clear she is traumatised and brutalised by living with the nutjobs from ISIS whose idea of Islam is a million miles away from the real religion followed peacefully by 1.8 billion Muslims around the world.

From the refugee camp where she is now living with 39,000 others, she told the Times journalist she was not “fazed” by seeing “beheaded heads” in bins. That in itself is surely an indicator of how brutalised she has become.

Begum should be allowed back in Britain and she should be given the care and counselling she obviously needs. She is a British citizen and it is time the UK Government stood up to its responsibility.

The UK can not use the rest of the world as a dumping ground for those rogue Brits who’ve made bad choices, broken the law and committed heinous crimes. We have a great legal system to deal with offenders and should put it to good use.

It’s also clear that intelligence in the UK has been woefully inadequate at times and that returnees from Syria and Iraq could actually provide information that could be useful in what is left of the War on TerrorWar on Terror.

Britain used to be regarded as a beacon of hope and human rights for asylum seekers around the world, now we need to step up to the plate and show the same compassion, mercy and sense of what is right to those with British citizenship.

I’m not saying let’s go soft on ISIS fighters and their supporters. We have courts to deal with criminals but each case must be judged on its own merits and we have to stop the toxic narrative that anyone in Syria or Iraq can only be ISIS or an ISIS bride.

This problem is not going to go away any time soon, especially with news that as the fighting continues in north-eastern Syria, the Kurdish-led Syrian Democratic Forces (SDF) have captured scores of foreign fighters in recent weeks.

It’s time for the UK to act responsibly.