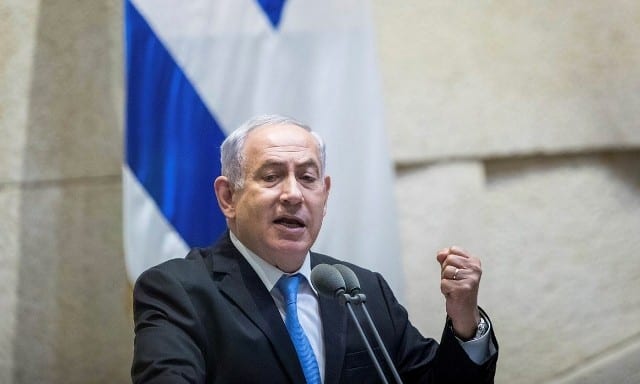 Prime Minister Benjamin Netanyahu issued a warning to Iran this week that this year could be the last time it celebrates the anniversary of its Islamic revolution if it attacks Israel.

“I do not ignore the threats of the Iranian regime but neither am I intimidated by them,” Netanyahu said in a statement and video issued by his office as Iran celebrated the 40th anniversary of its revolution.

“If this regime makes the awful mistake of trying to destroy Tel Aviv and Haifa, it will not succeed,” the Israeli leader said.

“However, this would be the last anniversary of the revolution that they celebrate. They should take this into account,” Netanyahu said in a warning to his country’s archfoe.

It is confronting a growing Iranian military presence in Syria and Lebanon. It is actively engaged in a battle of attrition against Iranian forces and proxy militias in the region.

Celebrations culminated in Iran on Monday for the February 1-11 period in 1979 when the late Ayatollah Ruhollah Khomeini returned from exile and ousted the pro-Western shah.

40 Years after the Islamic Revolution

Tens of thousands of Iranians gathered in Azadi (freedom) square and braved the snow in Tehran to mark their country’s 1979 Islamic Revolution. where President Hassan Rouhani delivered a speech.

He insisted Iran’s military might and missile programme would continue to expand despite Western objections.

World leaders are heading to Warsaw, this could be the first major diplomatic gathering where Israel and the moderate Arab States have sat down to discuss regional security since the Madrid talks during the early 1990s.

The US, Israel and many of the moderate Arab States see Iran as a malevolent influence in the region, seeking to expand its role at every opportunity.

Israel in particular stands with the US and the Saudis, this includes the countries aligned with Saudi’s, creating a dominant alliance for the Isreali and US agenda.