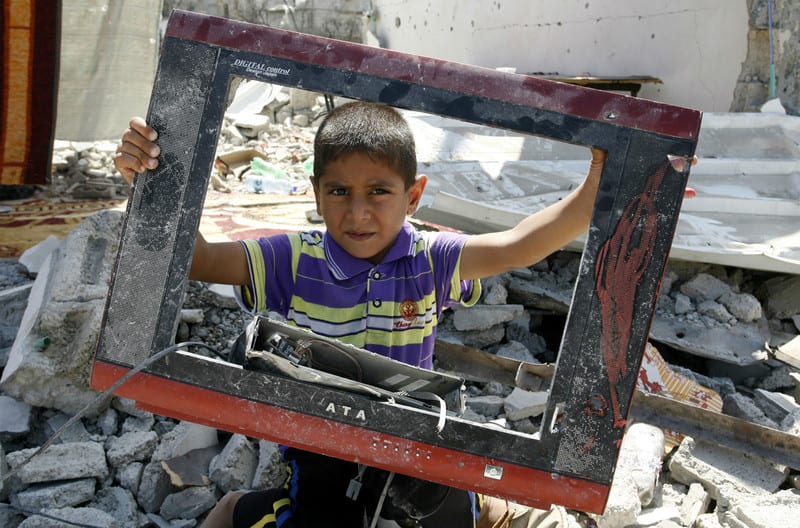 The Week So far covers so much TWSF – Brexit, Syria and YouTube removed a hate advert from far right Britain First’s site but why did the website take it in the first place?

Amid the shambles that is Brexit, I think there are a few wee green shoots of hope poking through all the madness we’ve witnessed in Westminster this week.

It came from Scotland’s First Minister Nicola Sturgeon who, like many of us living north of the English border, is fed up of Scotland being sidelined in the process.

Independence for this great nation is now being viewed as the only viable escape route as March 29 looms ever closer as the date Theresa May fails to get her deal passed.

While giving support for the so-called “people’s vote” Sturgeon has confirmed that there will be news about a referendum on Scottish independence “in the next matter of weeks.”

She said: “I’ll say more about the timing of a referendum in the next matter of weeks, but I do think – I want to see the UK stay in the EU, I think that’d be best for the whole UK, but I think for Scotland, even when Scotland’s independent, that serves our interest best as well”.

I am much buoyed by this news but only hope that the Scottish National Party does not allow itself to be dragged into the long grass by pushing for the People’s Vote. If I remember correctly the whole Brexit madness erupted because of a people’s vote in the first place!

As Sturgeon added: “.. the chaos and the fiasco of the last couple of years have shown that the worst thing for Scotland is to be thirled to Westminster when it’s making such a mess of things. We’d be far better off in charge of our own destiny.”

Let’s hope she realises that it’s her job to deliver #indyref2 and not salvage whatever is left out of the car crash that is Brexit.

I have just returned from northern Syria and still have the dust of Idlib on my boots. Such visits are not sanctioned by the brutal Bashar al-Assad regime and his fanbase are furious I’ve been given access to this war zone which is described as the most dangerous place on earth.

I’m not sure if that’s true but I was slightly nervous on hearing Russian planes flying overhead and mortar was fired within five yards of where I was sitting eating breakfast – I can happily say the explosion did not put me off my falafels, they were delicious.

Over the coming days, there will be a few reports of my adventures in Syria, the people I met, the charities working tirelessly on the ground and the amazing initiatives that are being driven by British-Syrian partnerships; one in particular called the Unity Project is truly inspirational.

So if you really want to find out what is happening on the ground in the Free Syrian territory I will give a full assessment which is better than listening to any chatter on the internets.

However, since I’ve already incurred the wrath of the pro-Assad lobby who claim I have entered the President’s country illegally, I have this to say: I am fully prepared to face justice through courts for entering Syria without a passport and visa as long as he is prepared to stand in court as well and answer to the charges of war crimes he has committed.

In the meantime please do enjoy the stories I am ending which will give you an image of what is happening on the ground in Idlib and surrounding districts. One thing that should come through very firmly is that Idlib is by no means the so-called ‘last stand’ it has been painted.

What is happening in and around Idlib is a cultural fight back in which ordinary Syrians are making a decision to stay on in their war-torn country and rebuild a future for the next generations with the help of hundreds of foreigners, especially Brits, who are making enormous sacrifices to contribute in the field of medicine, engineering, health and education.

I am outraged at the news American-born journalist Marzia Hashmi has become the latest dual nationality victim in the international game of tit-for-tat played by some of the superpowers and other large countries.

Hostage taking is nothing new, it was commonly practised in medieval Europe and during the Roman, Persian and pre-Islamic era back in the Middle Ages. And that’s exactly where this sort of behaviour belongs … it is primitive, barbaric and has no place in the 21st century.

I’ve worked with Marzia before and I can tell you she is a professional, self-motivated, career journalist whose robust documentaries, narratives and questioning often has the great and the good squirming like worms on a fish hook.

Let’s hope she’s out of prison soon and I look forward to the story she has to tell. I think the Trump Administration, FBI and anyone else involved in her arrest – she’s yet to be charged with anything – will soon realise they’ve picked on the wrong person this time.

So Youtube has removed an advert for the far-right Britain First group from its platform after promotional clips started appearing on the video-hosting website.

The unskippable video, lasting in excess of an atoning five minutes, went out next to Brexit and British politics subjects and showed group leader, Paul Golding plus his supporters confronting volunteers at a Muslim outreach stall in Nuneaton last November.

YouTube removed the advert stating it breached its advertising rules prohibiting adverts that promote hatred, intolerance and discrimination after being contacted for comment by the Guardian newspaper. Idlib like to know why they accepted it in the first place!

I hear one of North Korea’s top negotiators is Washington-bound carrying a letter from his Supreme Leader Kim Jong-un as speculation mounts over a second summit between him and US President Donald Trump.

Obviously, we’re not privy to its contents but wouldn’t it be funny if it was one of those “howlers” like the one delivered to the Harry Potter character Ron Weasley?

Forget how many people it takes to change a light bulb. Here’s a new one. How many Israeli soldiers does it take to arrest a 13-year-old boy? Check out this video for the answer  pic.twitter.com/6uQK1a5fQB

I couldn't find words for this video which shows dozens of israeli soldiers running like if they're in a competition just to arrest 13-year-old Palestinian child in Hebron!