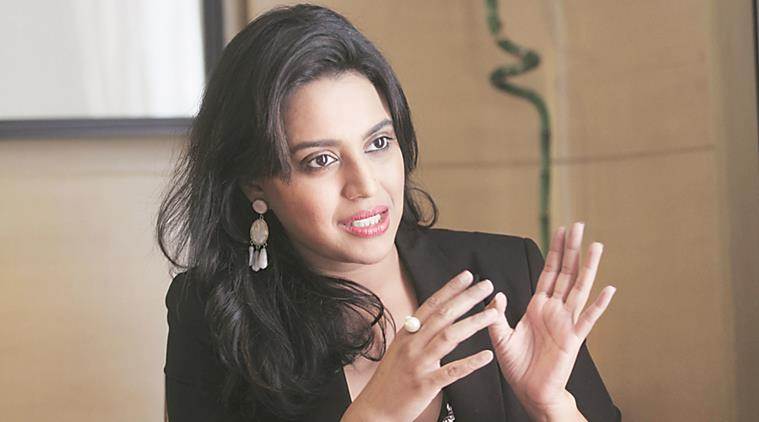 Indian actor Swara Bhaskar has revealed she was sexually harassed by a director but it took her nearly six to eight years to realise what had happened.

The actor said, “We should also talk about the culture that enables these predators to reach the position of power they do. So, it’s also a question of making ourselves aware of many things that go into legitimising predatory behaviour.”

Speaking at a panel discussion on the life of Harvey Weinstein, Swara, without taking any names, said, “It took me 6-8 years to realise when I heard someone else talk about their experience of harassment at a panel discussion like this. I was like God, what happened to me three years ago was actually sexual harassment at workplace. I never realised it because, like you said, I escaped. Because the person did not touch me and I managed to ward it off.”

Swara said she wasn’t able to recognise that pattern because “we do not teach our children to recognise predatory behaviour for what it is”.

Only later in life did she realise what had actually happened, she confesses “I lost a few roles because I didn’t give in. It made me vulnerable, nervous……. I was asked to go to his hotel room on the pretext of discussing the scene and would find him drinking.”

“There is a culture of silence, around sexuality in India, around the issue of sexual harassment, actually not just In India, everywhere around the world, that we are just going through our lives without recognising it properly. We just recognise the discomfort,” the actor said.

“I would just tell myself that this director is being… whatever, but that is not the full truth. The director was not being an idiot, he was being a predator,” she added.

She said she came to the film industry thinking if someone dares to proposition her, she will show them her “upbringing and values” but nothing of the sort happened. “It is really sad, because then slowly I began to realise that I am just not recognising it. Because we are so inured to handle and manage things. Since childhood, if anything happens there is no one to tell you that this is sexual harassment,” she said.

The Bollywood star was part of some of the industry’s highest grossing movies the romantic drama Prem Ratan Dhan Payo where she starred alongside Salman Khan, propelled the star to new heights in the industry but she can not forget the scars left by men in power as she was starting up.