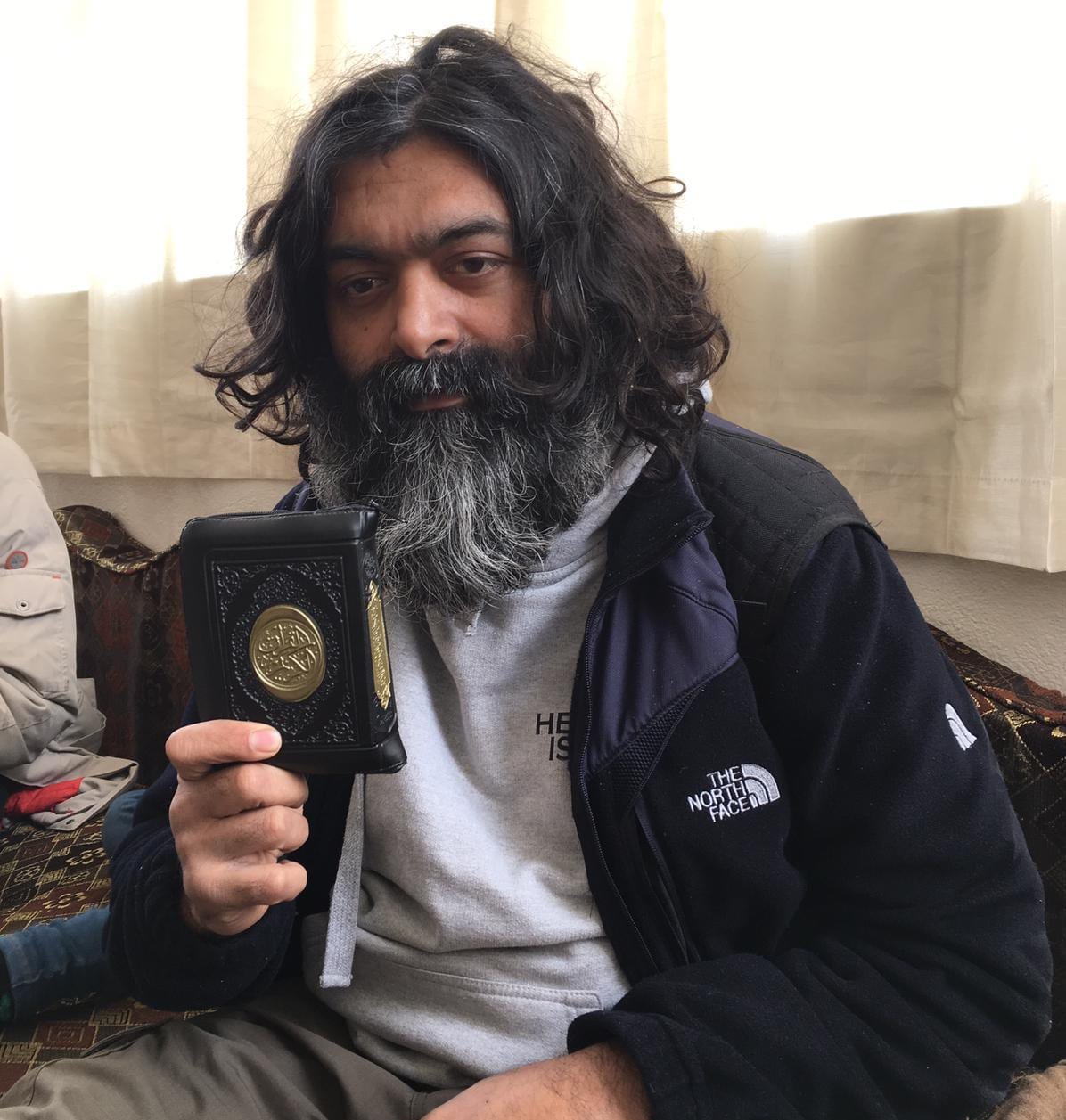 It ended even more dramatically as armed militants from Hayat Tahrir al-Sham (HTS), stormed a remote mountain-top house where the Birmingham aid worker was being held.

By Yvonne Ridley in Idlib, Syria

As kidnaps go the plot against a British aid worker in Syria would be worthy of a Hollywood movie as it had so many twists, turns and dramas.

The nightmare ordeal for Mohammed Shakiel Shabir began in November when a ruthless gang of armed Chechens snatched him from outside his home in a daring daylight raid in Idlib, Syria.

It ended even more dramatically as armed militants from Hayat Tahrir al-Sham (HTS), stormed a remote mountain-top house where the Birmingham aid worker was being held.

While demanding 1000 in bitcoin, worth around four million dollars, Shabir was kept hooded, in chains and repeatedly drugged. In between periods of consciousness, he was subject to severe beatings, electric shock treatment and extreme torture.

The nightmare only came to an end when a 15-year-old Syrian boy, and the gang’s next target, grabbed a grenade from one of the kidnappers, pulled the pin and threw it at the gang.

His heroic actions exposed key members of the gang and brought an end to their reign of terror in the Idlib Province and districts stretching to the  Syrian border with Turkey. “I really need to meet that teenager and thank him for saving my life, said Shabir in his first interview since his own dramatic rescue.

Kidnapping in this region in Syria has become an everyday risk for civilians and aid workers but Shabir never imagined it would happen to him. Working in Syria since the Revolution began, he is a well known and charismatic figure who has always managed to skillfully navigate his way through the minefield of on the ground politics between warring militias.

He became a committed humanitarian aid worker after taking part in the first ever Viva Palestina Convoy in the UK which travelled overland across North Africa to Gaza which was reeling from Israel’s latest war on the Palestinians living there.

Never far away from danger, the British aid worker continued to devote his time to the “people of Shams” and became well known and admired by many charities, both Muslim and others, operating on the ground in Syria.

Using sophisticated methods the kidnappers have set up banking networks across Europe and involving payment on occasions in bitcoin.

Looking fragile and unkempt after his three-month ordeal, Shabir told me on Friday: “Today was the deadline for the ransom and I thought this day would be my last one. Even this morning as I woke, I reached down to move my chains and they were gone,” he smiled.

Throughout the kidnap, his captors were violent and sadistic. The only act of kindness shown was when one of the men handed him a pocket-sized copy of the Qur’an. Holding up his precious book he told me: “This is what got me through everything. It was a wake-up call for me and an opportunity to assess my life and my work.”

So when I asked him if it was now time to count his blessings and quit working in a war zone he smiled and said: “No way! I am more determined than ever to continue working in Syria for the people. Nothing is going to stop me. This is my life and this is where I belong. As long as the Syrian people need me, I will remain.

While the drama of the last three months has strengthened and renewed his faith he did admit that the whole nightmare had also shaken his trust when it emerged that several of the kidnappers were not only known to him but he thought they were his friends.

While there was little or no communication with some of his captors and because he was kept hooded or blindfolded in their presence, he had no clue as to the identity of those around him. Only when he finally saw them face to face at a local police station did he realise he knew some of them.

“I was shocked. Among them were Chechens I’d helped and supported previously. I’d given them food, loans and even offered a bed for the night. To be repaid in this way has shaken me, it’s a betrayal of trust.”

When he was initially taken he was hooded and kept in a house in Idlib before being moved to another location and finally to a house a few hours drive away in the mountains in a village called Jisr Shuhr.

After being drugged by injection he slumped to the ground and vaguely remembers someone cutting his clothes from his body with a pair of scissors. When he came round he was dressed in an orange Guantanamo-style toilet suit.

Initially, he thought the gang members were remnants of ISIS or Daesh which had been drive out of the region, then he wondered if they belonged to another militant group. At one point he was accused of being a spy and at another, he was accused of stealing aid. “The questions kept changing direction and I think it was all designed to keep me in a state of confusion. In the end, I realised this was a criminal gang-motivated purely by money.

“They seemed to think IHH would pay the ransom,” said Shabir whose work has involved partnership initiatives involving the internationally famous Turkish charity.

As the payment deadline drew close Shabir said he knew no one would be able to pay anywhere near the four million dollar ransom. They tried to make videos of the aid worker asking for help. During one of the many beatings, his right foot was broken and left untreated and unsupported.

While news of Shabir’s kidnapping was kept from the media, several charities and Syrian militant groups including Hayat Tahrir al-Sham (HTS) tried unsuccessfully to locate him.

The major breakthrough came when the same gang pounced on a 15-year-old boy with wealthy parents.

Amazingly he resisted his captors and grabbed a grenade from one pulling the pin before throwing it at them. He fled and raised the alarm with neighbours.

Members of HTS nearby were able to seize two of the injured kidnappers. A phone without a battery was found in their possession which aroused the curiosity of one of the militants.

The phone was taken away and HTS recovered from it deleted data which showed a video ransom message and plea for help from Shabir.

One of the Chechen kidnappers took JTS to the remote house on a mountain top where Shabir was held.

Surrounding the building the militants then launched their rescue and within an explosive few minutes, he was a free man.

“I was dazed and thought I was dreaming when someone shouted my name. I had previously had dreams of being rescued and I thought this was another. “A video was shot of my rescue and you can see how I was dazed. It took a few moments to realise this was not a dream,” said Shabir.

Held in chains for virtually the entire time in captivity, he said: “ When I woke up this morning I went to move the shackles around my legs and realised they were no longer there. I was a free man.”

HTS, which is largely made up of Syrian men and not foreign fighters, say they will convene a shari’a court for the trial of the kidnappers once all suspects – thought to number more than 30 in Syria – are rounded up. The crime carries the death penalty.

While Shabir would have liked to return to the UK to reassure his family he is well, he can’t as he is one of many Brits who’ve had their citizenship revoked in a controversial move by the government.

Back in 2014 he was highly critical of the UK government’s reaction and said it was shameful he was being treated like a terrorist when all he had done was devote his life to the Syrian people.

Whatever the UK government was trying to achieve it backfired as he reinforced his commitment to helping the Syrian people. Today the actions of the kidnappers have only hardened his resolve to remain serving the “people of Sham.”