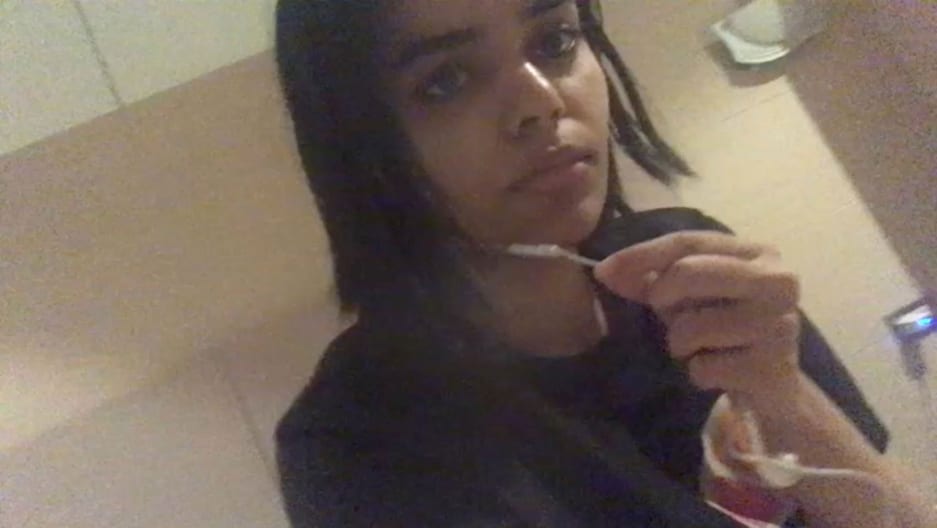 She said she had renounced Islam, which is punishable by death in Saudi Arabia

The “Saudi Arabian woman who fled her family and bunkered herself in a hotel in Thailand, stranded at Bangkok’s main airport is flying to Canada after being granted asylum status.

This move has angered the Saudi government and will further strain ties with the Candian Government. The Saudi Embassy has previously been pressuring the Thailand authorities to send the teenager back to Kuwait.

Rahaf Mohammed al-Qunun, who is 18, had been trying to reach Australia via Bangkok but was initially told to return to Kuwait, where her family were waiting.

Rahaf Mohammed al-Qunun, a Saudi Arabian teen who claims to be fleeing her country and family, for fear of her life was stranded in ‘No mans land’ at Bangkok Airport, Thailand from January 7, 2019.

She refused to fly back and barricaded herself into her airport hotel room, tweeting and messaging on social media, attracting international attention.

Canada has previously angered Saudi Arabia after calling for the release of detained women’s rights activists in the country – prompting Riyadh to expel Canada’s ambassador and freeze all new trade.

She said she had renounced Islam, which is punishable by death in Saudi Arabia. Qunun has accused her family of abuse and has refused to meet her father and brother who arrived in Bangkok to try to take her back to Saudi Arabia.

The UN’s refugee agency has said it considers her to be a legitimate refugee.

Canadian Prime Minister Justin Trudeau told reporters: “Canada has been unequivocal that we will always stand up for human rights and women’s rights around the world. When the UN made a request of us that we grant Ms al-Qunun asylum, we accepted.”

Qunun’s plight has emerged at a time when Riyadh is facing unusually intense scrutiny from its Western allies over the killing of journalist Jamal Khashoggi at the Saudi consulate in Istanbul in October and over the humanitarian consequences of its war in Yemen.

My Tweets
We use cookies to help identify your computer so we can tailor your user experience, track shopping basket contents and remember where you are in the order process. WTX News Our Cookie Policy
Is Ronaldo guilty of Rape?
Miss Pakistan, from Ukraine, wants to work in Lollywood is learning Urdu
To Top
Weekly