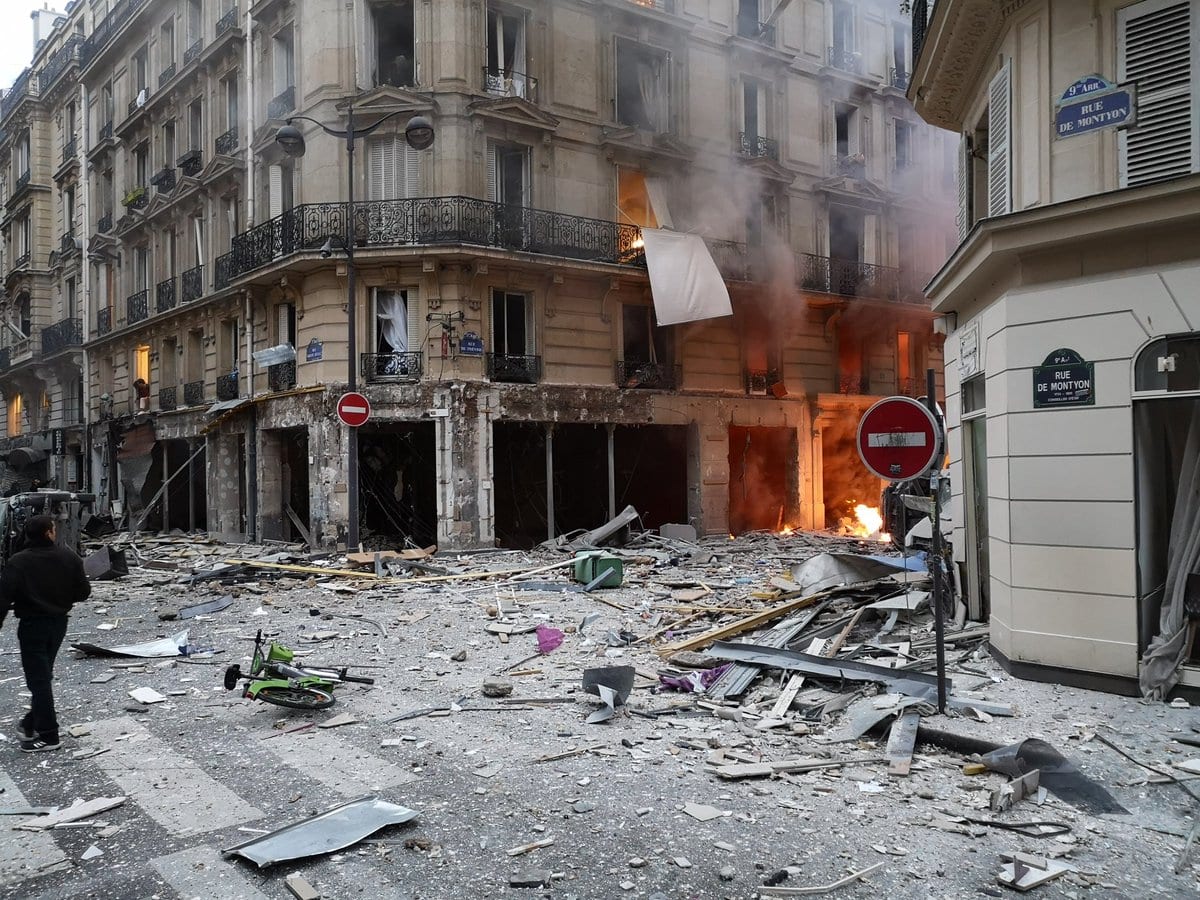 Two firefighters have been killed after a huge explosion at a bakery in the French capital, Paris, officials say.

The emergency services were responding to a gas leak when “a dramatic explosion” occurred, said Interior Minister Christophe Castaner.

Images posted on Twitter showed debris covering the street and the lower part of the building blown out and in flames. Parked cars were also damaged in the blast.

A gas leak had been reported in the building and firefighters had been on their way to deal with it when the explosion occurred.

Destruction for blocks after an explosion on rue de trévise pic.twitter.com/GsrLqyasQA

So far, four people have been killed two of which are the two firemen were killed,  a further 10 are in a critical condition, including a fireman, and 37 people are lightly injured.

Interior Minister Christophe Castaner told reporters earlier “the situation is now under control” and that more than 200 firemen were involved in the rescue operation.

Many buildings in the surrounding area were damaged by the blast and windows of nearby shops were smashed, with broken glass now covering the streets.

The explosion came amid heightened security in the city for yellow vest demonstrations expected later on Saturday, with large parts of the city centre blocked off by riot police.

For the ninth Saturday in a row, demonstrators are turning out to criticise the government’s policies in a socially organised which began with a protest over a tax on the price of fuel.

In a telegram of 29 December, the Minister of the Interior also called on the prefects to be firm and to continue to evacuate, including by force, the “hundred or so meeting points” that remain on the main roads. La France.

Ten deaths have been linked to the unrest, all but one in traffic accidents, the tenth being an elderly woman hit in the face by a tear gas grenade in her flat in Marseille.

More than 1,500 people among the demonstrators have been injured, 53 of them seriously. Nearly 1,100 members of the security forces were also hurt, French TV reported on 5 January.

As of 6 January, 5,339 people had been taken into custody and 152 had been sent to prison, the justice ministry told L’Express newspaper.