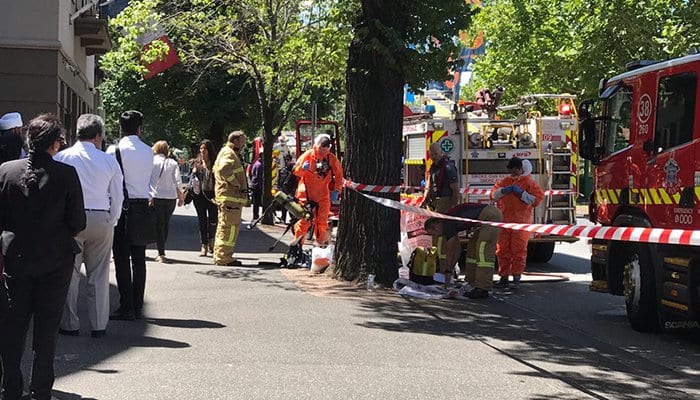 More than a dozen foreign offices received suspicious packages, including the Pakistani consulate in Melbourne.

Australian police on Thursday charged a 49-year-old man for sending as many as 38 packages containing a hazardous material to diplomatic embassies and consulates across the country.

More than a dozen foreign offices received suspicious packages on Wednesday, including the US, Indian, British and Pakistani Consulates in Melbourne.

Other consulates and embassies were also targetted in Melbourne. Melbourne is the coastal capital of the southeastern Australian state of Victoria. And Most countries have their embassies or consulates based in the City.

A 48-year-old man has been arrested, Savas Avan, was charged with sending dangerous articles through a postal service, an offence that carries a maximum penalty of 10 years in jail, the Australian Federal Police (AFP) said in a statement.

Police said the packages contained asbestos, once a popular building material that can cause cancer and scaring of the lungs.

Police, who have recovered 29 of the parcels, said they would intercept the rest. They gave no additional details of how the asbestos was packaged or what the motive might have been.

Australian media on Wednesday said the parcels appeared to contain plastic bags of concrete and asbestos, with “asbestos” written on at least one of the bags.

Avan will next appear in court in March.