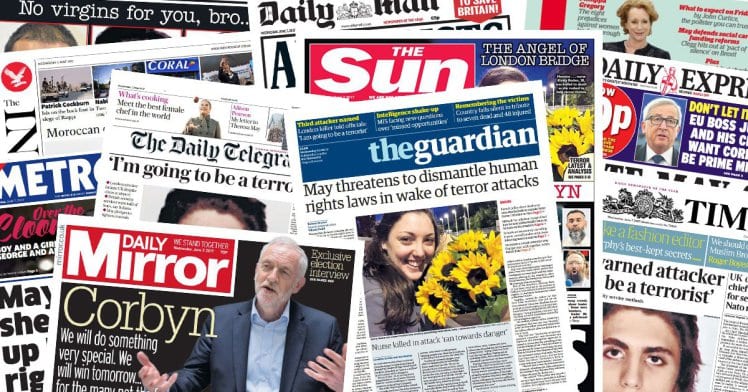 Why is Britain lagging behind when it comes to solving drone dramas?

I really feel for the tens of thousands of passengers caught up in the drone fiasco which grounded aircraft at Britain’s second largest airport.

Surely it should be easy enough to make drone owners apply for a licence or register their full IDs when buying recreational drones?

Australia is already on the ball and will soon be able to automatically identify the aircraft and their pilots through registration.

The Civil Aviation Safety Authority (Casa) down under is rolling out a programme throughout the nation’s airports in the New Year.

Of course, this is of little consolation to those passengers caught up in the 72 hours of drone-related madness which hit Gatwick airport. Around 140,000 were delayed after the drone sightings.

Police are still trying to track down the culprits … let’s hope this isn’t a ‘novichuckle’ from Putin!

Candidates line up for US presidential campaign

I see Senator Elizabeth Warren is mulling over the idea of throwing herself into the ring for the presidential campaign on behalf of the Democrats.

Well, it would be nice to see a woman in The White House but gender really shouldn’t be the issue. I just hope American voters choose wisely next time and give gameshow hosts, fading Hollywood stars and political dynasties like the Bush, Kennedy’s and Clintons a wide berth.

There are those pushing for Michelle Obama and, having read her memoirs, I’m mightily impressed by her credentials but have a gut feeling she won’t want to put herself forward … this time around.

How about nominating someone who stands up for human rights, justice and fair play? There are another 13 months to go before the Iowa caucuses, let’s hope the Democrats choose wisely and the Republicans have the guts to get rid of the petulant fool who currently holds the keys to America’s most famous house.

Call me naive but I thought football mascots were just a bunch of lucky kids whose names were randomly selected to walk out with their football idols on match days or cup games.

Now I learn some clubs actually charge a fee including second-tier Swansea City which charges an eye-watering £478 for a special package!

Only three teams in the top Premier League charge more for the privilege of little ones to step out onto the hallowed turf of their local football club with their sporting heroes.

To be fair clubs like Manchester City, Chelsea, Liverpool, Arsenal and Manchester United don’t charge a fee and select mascots randomly from the ranks of youngsters who are members of the fan clubs.

I think the FA needs to kick this practice out now. Devoted fans already pay massive fees at the turnstiles to watch their heroes perform (or in my case at Newcastle United, not!)

Despite cringing every time I hear his nauseating 1972 hit, Long Haired Lover From Liverpool, I was really sad to hear former pop prince Jimmy Osmond is in hospital after suffering a stroke after his pantomime performance on Thursday.

being treated for a stroke that was diagnosed after he came off stage following a pantomime performance on Thursday.

Osmond, 55, was playing Captain Hook in Peter Pan at the Birmingham Hippodrome.

His spokesperson said the star went to hospital after “pushing through” the evening’s performance. There are no further details about his condition.

He is part of the famous Osmond family and had chart hits including 1972’s Long Haired Lover From Liverpool.

On off bromance between Kim and Donald

The least surprising annual New Year message came from North Korea’s Supreme Leader Kim Jong-un who has hinted he may abandon his pledge to denuclearisation if the US continues its sanctions. I doubt anyone is really surprised apart from the man-child who inhabits The White House.

So much for the US President’s bromance with the man he once called rocket man.

Our thoughts must surely go out to the families of those Indonesians who’ve died or who have been injured in the tsunami on the islands of Sumatra and Java.

At least 281 have perished and another 1,016 injured in the tsunami caused by volcanic activity which triggered undersea landslides generating the killer waves.

Now more coastal residents near Indonesia’s Anak Krakatau volcano are bracing themselves for a new tsunami after it erupted over the weekend.

Blocked roads are challenging rescue attempts and it is feared the death toll could rise.

My tweet of the week award goes to Mohamed Hassan who recites a poem he penned to all those airport security folk who “randomly select” him at every airport he’ ever landed in. I think many Muslims, myself included, know exactly how he feels.

.@MHassan_1 is in a complicated relationship with Customs ❤️👀 pic.twitter.com/eiewwR47k8