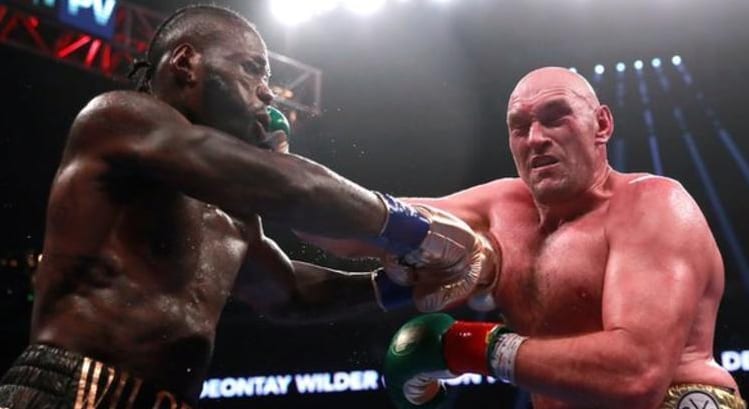 Promoter Frank Warren said he and the British Boxing Board of Control will write to the WBC demanding a rematch.

Tyson, 30, shared a thrilling battle in Los Angeles, with many former professionals saying he won the bout, despite being floored by Wilder in the 9th and 12th round.

The Briton was also seen on social media huddled in a group praying a verse from the Quran and from the Bible, in the pre-match build-up has taken his popularity up by displaying an excellent example of hard work and dedication.

A self-confessed drug abuser and mental health sufferer, Fury has become an example for others to show how to fight and combat the illness, with the right support and hard work.

The transformation from an overweight binge eating slob to a heavyweight contender in 10 months was spectacular and his skills were evident to see, giving Wilder major problems in the early rounds.

Promoter Frank Warren said he and the British Boxing Board of Control will write to the WBC demanding a rematch.

Speaking the day after the bout, Fury said: “To be honest, I’ve never seen a worse decision in my life.” Lennox Lewis also commented on the bout suggesting the same.

The Briton added: “I don’t know what fight they were watching.” And most commentators had given Tyson Fury the victory by about 3 rounds.

His remarkable rise from the canvas after a devastating combination from Wilder in the final round was a hot topic, with Fury stating he was “like a phoenix rising from the ashes”.