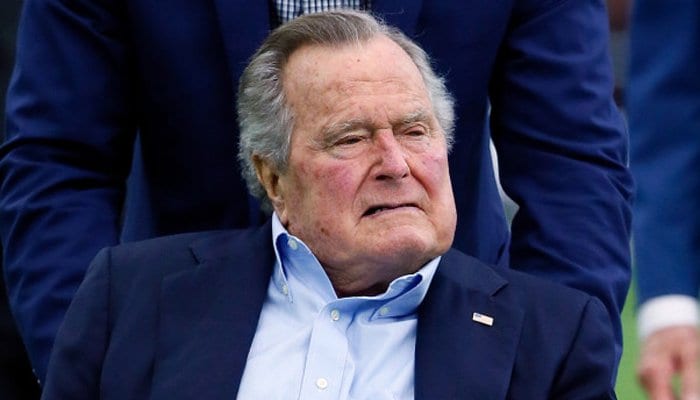 Former US president George HW Bush, who helped steer America through the end of the Cold War, has died at age 94, his family announced late Friday.

Tributes quickly poured in for the former US leader, a decorated war pilot and onetime CIA chief who also saw his son George follow in his footsteps to the Oval Office.

Bush´s passing comes just months after the death in April of his wife and revered first lady Barbara Bush — his “most beloved woman in the world” — to whom he was married for 73 years.

He served as the 41st US president between 1989 and 1993, his term defined by the end of the Cold War and the leader who led the coalition to the first Iraq war against Saddam Hussein.

Bush’s health had been failing in recent years but he still managed to make public appearances.

My heart aches knowing George Bush 41 has passed. An authentic caring human being who never hid his truth. He will always remind us 2 exemplify that wining will never be our legacy. His love for life and family will live on RIP dear soul.

Arnold Schwarzenegger: Today, we’ve lost a great hero. George Bush was an inspiration to all Americans and we will miss him dearly. From the day he first put on his U.S. Navy flight suit and took off into the unknown, he always put his country first. He took on many jobs throughout his long career, and all shared one distinct trait: public service. His greatest legacy is that pure American spirit, that commitment to selflessness that drove him until the very end.

In April, he was admitted to hospital with a blood infection but had since been discharged.

He became president after serving two terms as vice-president to Ronald Reagan – the first since 1836 to be elected from there into the top job.

But despite achieving popularity ratings of 90%, Bush was accused of neglecting domestic affairs and was defeated by Bill Clinton in the 1992 election.