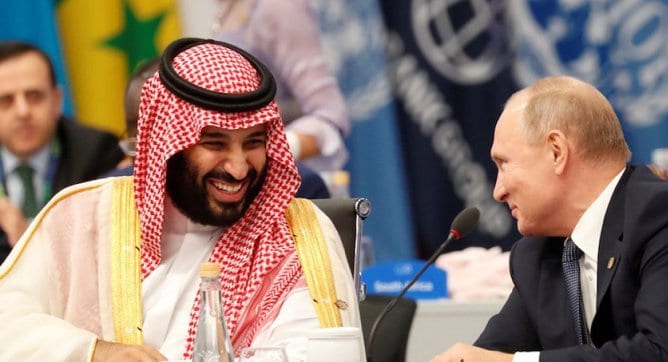 Hosted by the president of Argentina’s Mauricio Macri, said the solution was “dialogue, dialogue and dialogue” and called for a clear message of shared responsibility.

Global G20 leaders met for the opening session of their annual G20 summit, with any number of disputes and disagreements on the table. The two-day summit in Buenos Aires will be centred around the disagreements over policies around world trade and climate change.

Hosted by the president of Argentina’s Mauricio Macri, said the solution was “dialogue, dialogue and dialogue” and called for a clear message of shared responsibility.

But US President Donald Trump has already cancelled meeting Russia’s Vladimir Putin over Ukraine. And huge differences remain on climate change, trade and the Khashoggi affair.

But it wasn´t all doom and gloom. Here are some of the moments from the first day of the summit Friday:

The meetings between the Saudi Prince and other world leaders following the controversy over Khashoggi. It was anticipated that The Crown Prince may receive a cold reception from some leaders but he mingled with the others easily enough and received a resounding handshake from Vladimir Putin — also under a cloud for over his country´s naval spat with Ukraine — as the two men laughed off their troubles.

Another key moment was from a conversation later with Emmanuel Macron, filmed by the prince´s aide and put out on Twitter. The French president appeared to be taking him to task about something.

“Don´t worry,” Prince Mohammed is heard saying in English to the French leader, who responds, “I do worry. I am worried.” But it received wide traction on social media, with Macron telling the prince, “You never listen to me,” to which Prince Mohammed replies, “I will listen, of course.”

The threat of a worsening trade war overshadowing the summit, the US, Canada and Mexico could point to a resounding success on day one, signing a new and improved NAFTA agreement, though the trade bloc can´t seem to agree on what to call it.

China said has suggested it was closing in on a deal but that differences remained.

After earlier indicating pessimism on an agreement, Mr Trump said: “They want to and we’d like to. There are some good signs. We’ll see what happens.”

Mr Putin has also weighed in, with a thinly veiled attack on Mr Trump’s America First policy. The Russian president condemned “dishonest competition” along with “vicious” sanctions and protectionist measures.

Meanwhile, protesters angry at the money spent on the summit while Argentina struggles through tough austerity demonstrated outside the meeting.