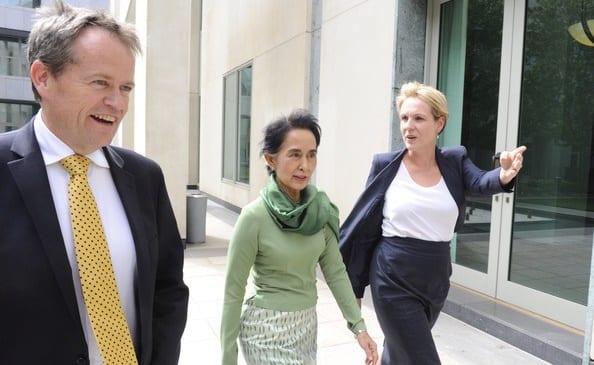 Amnesty International’s withdrawal of Aung San Suu Kyi’s ‘Ambassador of Conscience’ prize underlines the fact she was never really a rights champion after all.

Few if any Asian leaders have been showered with as many human rights honours and accolades as Myanmar’s de facto leader Aung San Suu Kyi. Similarly, never has the hallowed image of rights and democracy icon so quickly crumbled to reveal as flinty and frivolous a leader in the face of mass crimes against humanity.

Western outrage over her disregard and denials for the violent expulsion of Rohingya Muslims and silence over Myanmar military abuses against ethnic minorities in many other parts of the country have been sustained at fever pitch for nearly two years.

Amnesty also redirected Suu Kyi’s platitudes against her, reminding the world that when she accepted the award in 2012 she exhorted the organization to “not take either your eyes or your mind off us and help us to be the country where hope and history merge.”

The stripping of Amnesty’s honour was a far cry from the time the global rights group celebrated Suu Kyi as the most famous “prisoner of conscience” in the world. Upon her release in late 2010, Suu Kyi maintained the façade of human rights champion, visiting Amnesty in New York where she expressed solidarity with the persecuted Russian punk rock group Pussy Riot.

Amnesty’s secretary general, Kumi Naidoo, wrote to Suu Kyi, Myanmar’s civilian leader, Sunday informing her of the decision to revoke the Amnesty International Ambassador of Conscience Award, which she received in 2009.

“Today, we are profoundly dismayed that you no longer represent a symbol of hope, courage, and the undying defence of human rights,” Naidoo wrote. “Amnesty International cannot justify your continued status as a recipient of the Ambassador of Conscience award and so with great sadness, we are hereby withdrawing it from you.”

Once an icon of the international human rights community, Suu Kyi has been stripped of a number of prestigious awards amid allegations of a genocide of the country’s minority Rohingya Muslim population.