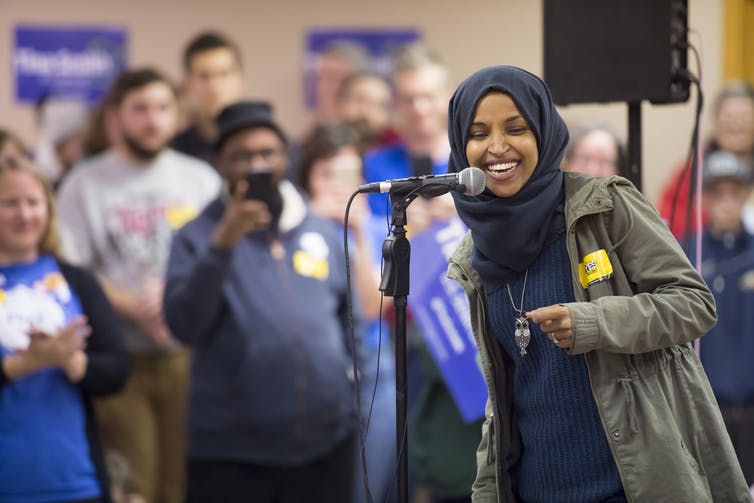 I thought I’d take a closer look at the American mid-term elections which really were a referendum on the Trump presidency and a possible reaction to the #MeToo campaign as well as US President’s locker room banter.

In terms of excitement, mid-terms are usually quite boring affairs but these were up there with some of the best in the living memory of US politics and certainly ones where women took pole position in many districts.

One party rule came to an end as the Democrats seized control of the US House with 223 votes, giving them the power to investigate President Trump and block much of his agenda after Republicans managed to take only 197 seats.

There were many headline stories but the biggest came when Trump forced out his attorney general, Jeff Sessions just hours after the midterm elections results, plunging the Russia investigation into deep uncertainty.

Sessions wrote: “at your request, I am submitting my resignation” making it perfectly clear Trump gave him a helping hand out of the office. Although the move had been anticipated months ago after Trump’s outrage over Sessions’ decision to recuse himself from overseeing the probe into Russian meddling in the 2016 election the timing on Wednesday was spectacular.

However, it did not take the gloss off the Democrats’ party mood. For a start, we saw Rashida Tlaib and Ilhan Omar become the first Middle Eastern women to be elected to Congress and while most Arab leaders give the bended knee to Donald Trump this pair stand up to the US President.

They made history as incoming election results saw them represent Michigan’s 13th district and Minnesota’s 5th district respectively. They also become the first Muslim women to be elected to Congress.

Democratic candidate Rashida Tlaib is a Palestinian-American whose parents come from the occupied West Bank. They moved to Detroit, where Tlaib was born and raised. She was famously escorted from a 2016 Trump rally for asking Trump if he had ever read the US Constitution.

Meanwhile, Ilhan Omar, from the Democrat-affiliated “Minnesota Democratic-Farmer-Labor Party” (DFL) is a refugee from the Somali capital of Mogadishu. Living there until the early 1990s she and her family fled the civil war. After four years of living in a Kenyan refugee camp, she moved to America.

There were more women and LGBT candidates in these elections than ever before and the voting saw the Democrats win the House while the Republicans held on to the Senate.

The number of women in both chambers will be at a record high in January and I reckon that is due, in part, to Trump’s arrival in The White House … his sexist, misogynistic, macho posturing has galvanised women in the US and they turned out in huge numbers to vote for women candidates.

Former cocktail waitress Alexandria Ocasio-Cortez heads to Capitol Hill after becoming the youngest woman ever elected to Congress at the age of 29.

The former Bernie Sanders volunteer who led a progressive campaign stormed to victory with more than 78 per cent of the vote in New York’s 13th district.

In the state of Iowa, Abby Finkenauer also 29 made history when she joined the ranks of America’s youngest politicians after unseating Republican Rod Blum.

A record-breaking 114 million votes were taken compared to 83 million four years ago.

And this is how the so-called most powerful man in the world reacted when he was challenged by the media after the historic midterms: pic.twitter.com/RoSBIIkj4w

Still, I suppose we should be grateful he’s not chopping up & killing journalists like some of his allies elsewhere … you know who I mean!