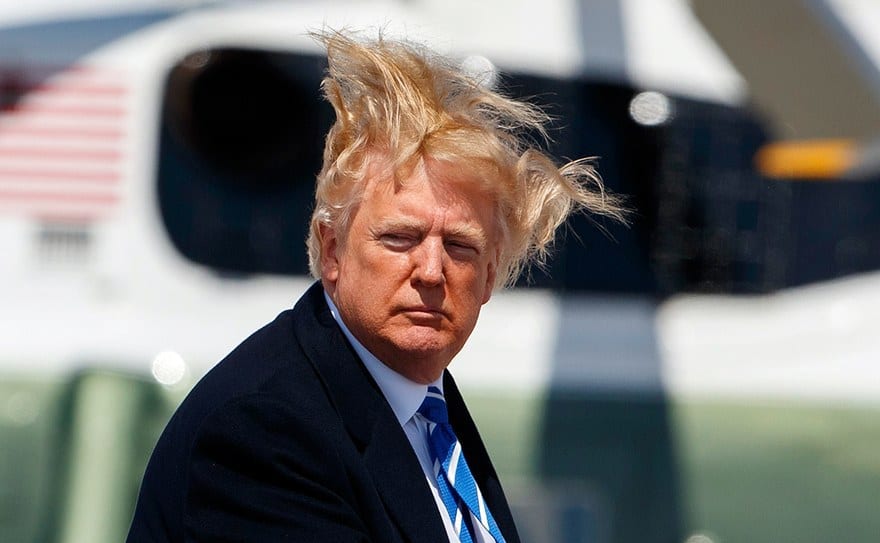 “Thirty-six years ago, nobody ever knew about it or heard about it, and now a new charge comes up and she said it might not be him

US President Donald Trump has cast doubt on a woman who accuses his Supreme Court nominee of misconduct as she was intoxicated and “messed up”. Slamming the sexual abuse allegations against his pick for the top US court as a “con game” by Democrats.

“The second accuser has nothing. She thinks maybe it could have been him, maybe not,” Trump told reporters in New York. “She admits that she was drunk. She admits that there are time lapses.”

“Thirty-six years ago, nobody ever knew about it or heard about it, and now a new charge comes up and she said it might not be him, and there were gaps and said she was totally inebriated, all messed up,” Trump said.

The Democrats are working hard to destroy a wonderful man, and a man who has the potential to be one of our greatest Supreme Court Justices ever, with an array of False Accusations the likes of which have never been seen before!

“The Democrats are playing a con game. They know it’s a con game,” he said. “It’s a shame that you can do this to a person’s life.”

On Sunday, Deborah Ramirez, a Yale university classmate of Judge Kavanaugh, told the New Yorker that he had once exposed himself to her at a dormitory party.

Ms Ramirez, 53, said she ended up touching his genitals while attempting to push him away. The article said Ms Ramirez acknowledges gaps in her memory caused by alcohol that night.

With Republicans pressing hard to get his nomination approved as soon as this weekend, Kavanaugh and Blasey Ford are to testify before the Senate Judiciary Committee on Thursday in what could prove a fiery hearing.

Democrats are demanding the hearing be put off so that the FBI can investigate the two women’s claims.

Kavanaugh’s approval to be the ninth justice on the Supreme Court was considered near-certain just two weeks ago, based on Republicans’ narrow control of the Senate.

But first Blasey Ford, and now Ramirez, have thrown his nomination into doubt, even though their allegations lack the support of solid, corroborating witnesses.

With the election looming and their control of Congress at stake, Republicans have been mindful of the pitfalls of alienating women voters by their handling of the accusations against Kavanaugh.

But Republican committee members and Senate majority leader Mitch McConnell also have made clear that they will question the women’s memories and lack of witnesses or evidence.

Judge Kavanaugh has repeatedly denied the allegations against him.