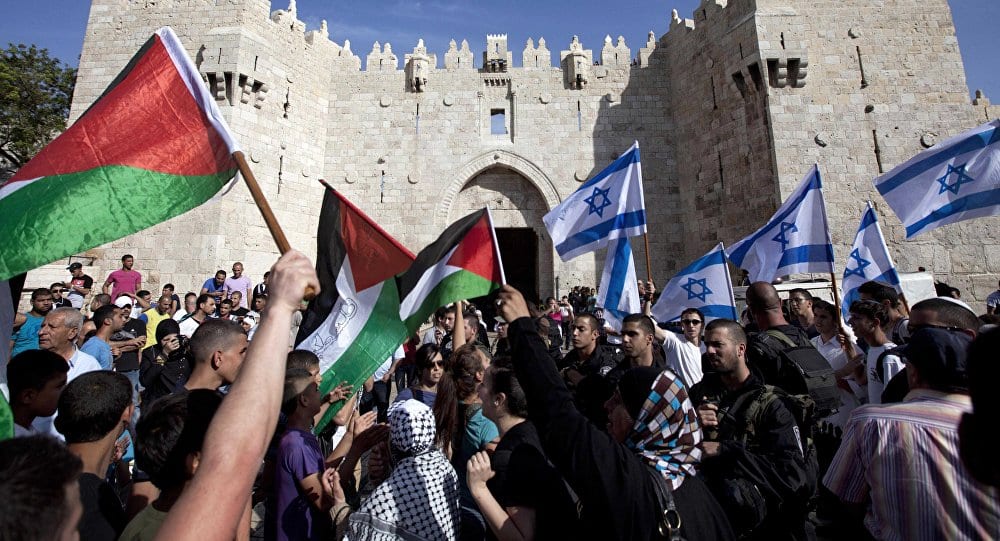 While Trump cuts UNRWA aid to #Palestine the EU appears to be rallying towards a Palestinian State as Ireland, Spain and France give favourable backing

It seems European leaders are fed up over the deadlock on peace talks between Israel and Palestine, so much so that it is looking increasingly likely more countries will recognise a state of Palestine.

Ireland says it will be “forced” to recognise the state of Palestine if the “deep impasse” in Middle East peace talks continues.

Minister for Foreign Affairs Simon Coveney stated: “Ireland is committed to recognising the state of Palestine but in the context of a negotiated solution.”

However he added his government would be “forced to reconsider the second half of this statement”, if “we do not see the prospect of dialogue succeeding.”

Mr Coveney was speaking during an official visit to Ireland by Palestinian President Mahmoud Abbas who arrived in Dublin ahead of going to the UN General Assembly in New York.

He met with President Michael D Higgins and later with Taoiseach Leo Varadkar and Mr Coveney. It was also announced that Ireland will host an informal summit on reviving the stalled Palestinian Peace Process as well as increase its annual funding for humanitarian aid for Palestinian refugees by almost 50 per cent.

The news follows US President Donald Trump’s cut of more than $300bn in US aid for the United Nations Relief and Works Agency (UNRWA).

Earlier last week Spanish Foreign Minister Josep Borrell confirmed that Spain was pushing the European Union to recognize a state of Palestine. Earlier reports had said Madrid would recognise a Palestinian state regardless.

There was more good news for Palestinians on Friday, after a meeting with French President Emmanuel Macron in Paris, PA President Mahmoud Abbas said France, too, was increasingly leaning towards recognising a Palestinian state.