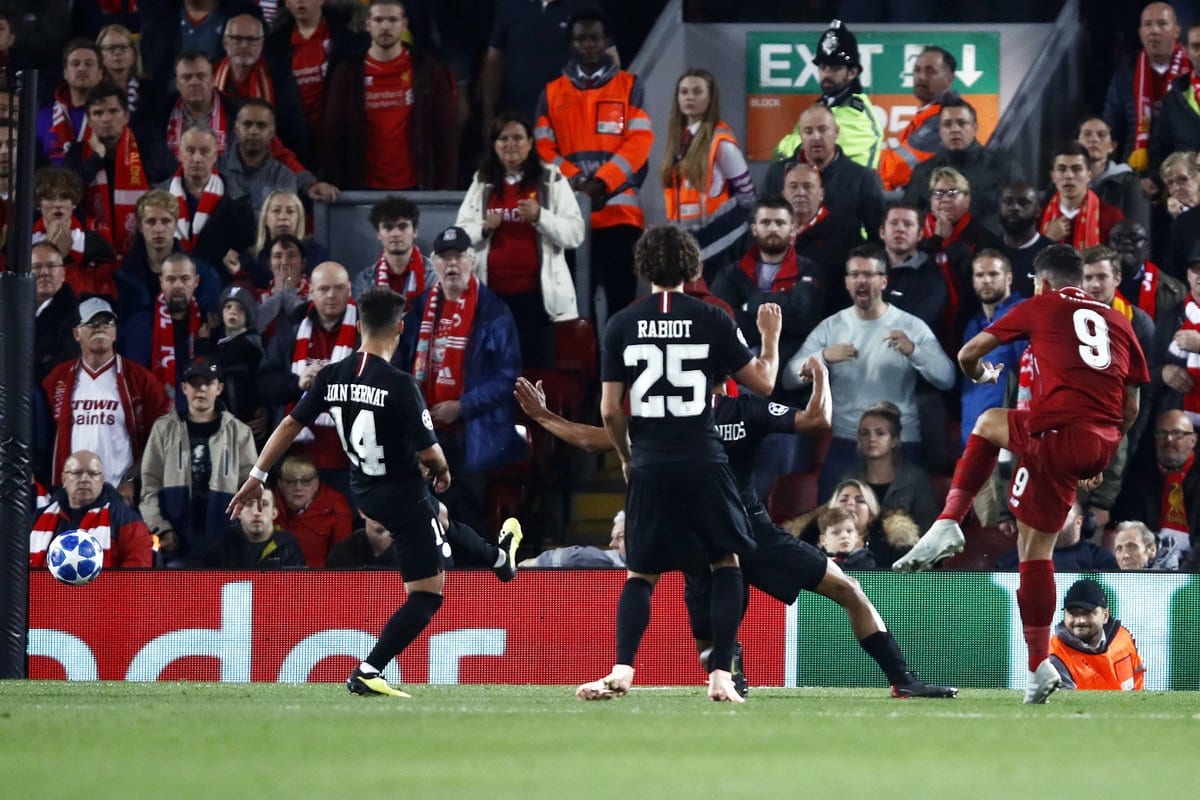 Firmino was only fit enough to be on the bench after suffering an eye injury in the victory at Tottenham on Saturday. But he emerged from the bench on 72 minutes to replace Daniel Sturridge and secure a win that manager Jurgen Klopp.

Daniel Sturridge, Firmino’s replacement in Liverpool’s starting line-up, headed them in front from Andrew Robertson’s cross on the half hour, James Milner adding a second from the spot six minutes later after Georginio Wijnaldum was fouled. But Thomas Meunier pulled one back for PSG and then followed by Mbappe’s equaliser late in the game.

Liverpool FC proved once more that they will pose a huge threat in this competition because they are capable of scoring goals at any time from any angle from a variety of players.

With six wins out of six this season for the first time since 1961-62. Liverpool are sending a message to the Premier League – and now the rest of Europe.

Turn that volume UP and relive #LIVPSG with Match in a Minute 🔊🔊 pic.twitter.com/y9EHES2ipb

FC Barcelona enjoys another breathtaking performance from Messi. Hatrick no 48.

The 10 men got a fourth goal when Suarez picked out Messi, who guided the ball past goalkeeper Jeroen Zoet from 15 yards.

Mauricio Pochettino was not happy with journalists after Tottenham’s Champions League defeat at Inter Milan.

Christian Eriksen’s deflected strike earlier in the second half looked to have been decisive for Spurs, who stepped up a gear after an unconvincing first period, beset by poor passing.

However, Argentine Icardi, a peripheral figure for long periods, levelled with a 20-yard volley five minutes from time.

And Uruguayan midfielder Vecino then headed a winner in added time to send Spurs to a third consecutive defeat.

The loss left Mauricio Pochettino in a foul mood and had a rant at journalists in the post match press conference.

Tottenham have lost three games in a row for the first time ever under Mauricio Pochettino's management.